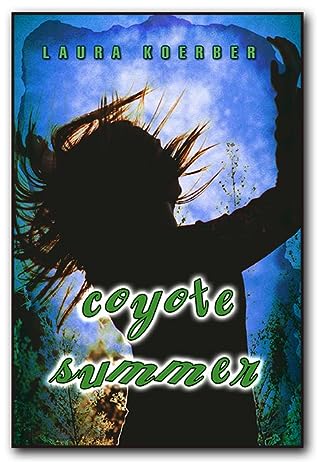 Every so often, I branch out of my normal reading lane. Coyote Summer isn't something I'd typically agree to read and review, but in this case, I'm really happy I did. Fair warning: this review contains spoilers, and the theme of the story surrounds a rape.

It's a coming-of-age, magical realism tale about some hard topics: rape, a male witness struggling with his part in it, and the cost of stepping outside societal norms to do the right thing. It's reminiscent of the Brett Kavanaugh headline, but with a much more satisfying ending. In fact, I'd venture to guess it's how the author would have hoped that story would have ended.

It's written with first person POV, and we are in the head of Ben O'Rourke, spoiled rich kid who is bound for Yale, but struggling with his place in the world he had no part in choosing but ultimately benefits from. It's replete with drunken parties, smoking weed, and trying to fit in for Ben, who is seventeen. But one party ends horribly, and Ben finds himself shoved into a room that his "best" friend has just exited, where a passed-out-drunk girl lies naked on a bed. Ben panics, and eventually leaves without harming her, and locks the door behind him so that no one else can rape her.

Now, I will say, the rape scene is handled in the best way it can be. It's graphic without being gratifying, and is just descriptive enough to leave you with a bad feeling in your gut without being horrifying. As for myself, I couldn't help but half-admire Ben's attempt to protect Claire - the victim - but could only shake my head by how he then handles it. It's certainly understandable how he responds (what seventeen year old would handle that perfectly?) He calls his sister, who gives him horrible advice. After this follows several characters who have no problem victim-shaming, pretending like it's not a big deal, and downright hiding the crime. It was so utterly indicative of how society handles things like this that part of me really admired how the author kept it so real to life, but the other part of me just wanted it to STOP. This of course means that the author succeeds in pulling out what you should feel - anger, disgust, compassion, desire to see justice served.

What does this have to do with fantasy, do I hear you ask? Well, reader, while the book's central theme is a young man wrestling with identity and morality and responsibility, there is a delightful section of the book that focuses around his meeting of a fairy/shapeshifter/magical creature who looks human. In fact, her whole family does. Ben falls in love (or, at least, falls in curiosity) and part of what makes this book so fascinating is how he wrestles with doing the right thing and meeting Puppy, a fairy-girl that he thinks at first is human (duh), and then thinks he is just hallucination when he watches her dance, floating in the air over a meadow. I had a hard time initially trying to figure out what the purpose was of this character Puppy. Does she serve to provide some sort of relief from the hard reality of the rape? Maybe some sort of alternative for Ben to know how to really treat women? Or maybe the author just really loves fairies and randomly added this part to the book because, why not? This leads to my complaint, and really, the only one I had: the book is a bit disjointed. It seems to have almost two separate story lines going that don't really connect. They eventually did, but not in quite as satisfying a way as I would have liked.

That being said, I thoroughly enjoyed Ben and Puppy's relationship: she invokes in him a feeling of protectiveness, as well as a feeling of ardor (ahhhh, young love). But mainly, I think her purpose was to lead Ben in the right path of justice, in a very indirect way. He so wants to please her, and there are a few times when he's not with her that he pretends she is really there, and even imagines the types of conversations they might have. And because of this, the fact that he imagines she is with him, he does the right thing for Claire. He calls her, tells her that if at any time she wants him to speak up for her as a witness, he will.

The gist of the story is as listed above. But this doesn't even touch on the beauty of the prose. Koerber has a way with words, that is for sure. The imagery is staggeringly beautiful. The author paints with words. You can see, smell, taste, and hear as the lines leap off the page. One of my favorites: "The heat landed in my shoulders, soft and thick. The air of late morning was already moist with plant respirations. I inhaled their exhales."

Now, before you decide that descriptions are too much for you, I typically would agree with you. Purple prose has to be done well. And Koeber certainly does it admirably. The reason why it works is because the story itself highlights the ugly in humanity. The prose, therefore, adds a beauty that transcends the darkness and reveals the light where it falls: in nature, in making right choices, in the good in the world, in healthy relationships, in standing up for the weak and powerless.

A solid 4/5 stars from me for this tale. Give it a shot if you are so inclined.