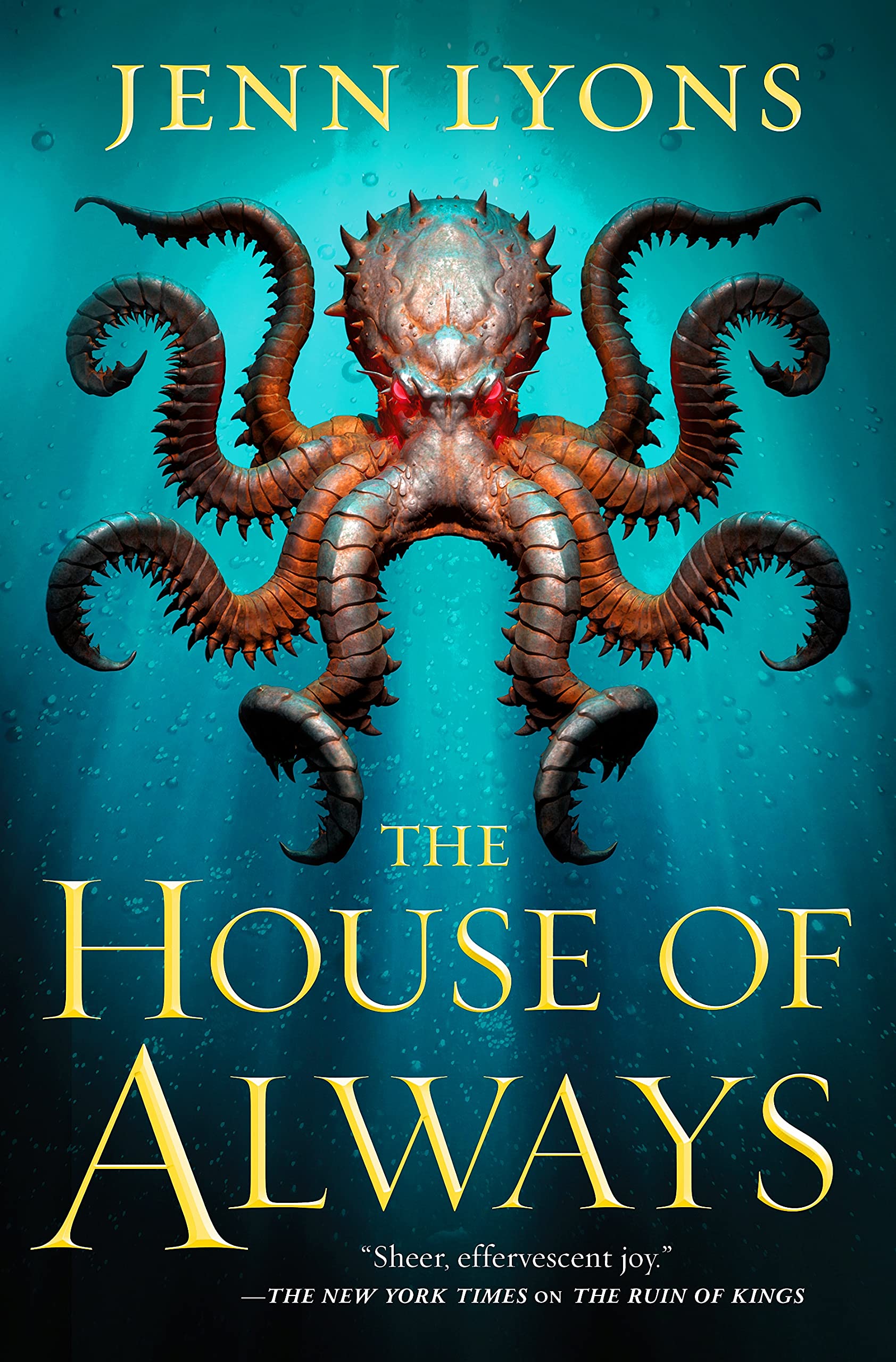 A Chorus of Dragons continues in Jenn Lyons’ most recent entry The House of Always. For those of you just joining us on Kiran’s journey from street urchin to Hell Warrior, I would recommend you stop here for here there be spoilers…and a zombie kraken. So, that’s fun.

Whereas other books in the series have been a collection of narrations from one to three characters, The House of Always feels much more like an ensemble piece as Kihrin and Vol Karoth struggle against each other’s ideologies by weaponizing the memories of the group. The final product makes for Lyons’ most difficult to follow and yet most compelling and richly rewarding installment since The Ruin of Kings.

Readers of the series will know that at the conclusion of A Memory of Souls, our protagonist Kirhin valiantly sacrificed himself in an attempt to reunite with Vol Karoth in order to halt the demon’s attempt at destroying and consuming all of reality. Well, this book begins by having nearly all of the principal characters from the series in a losing battle with a kraken. To prevent their total destruction, they travel to a house outside of time where they hope to regroup. Unfortunately, the house becomes entangled with Vol Karoth’s prison and time becomes a more flexible than it should. To make matters worse, everyone in the house is forced to experience each other’s memories…which drives the majority of the story’s conflict. Secrets are uncovered. Betrayals are discovered. And the end expertly sets up what I anticipate will be a compelling finale this year when The Discord of Gods hits the shelves.

If you haven’t yet read The Ruin of Kings, I don’t know what you’re waiting on. There is still time to get in on one of the most complex and compelling ongoing fantasy series. All the better, you won’t have to wait for the series to be finished. Lyons promised a book per year and has followed through on that promise. The final book in the series will be with us this April from Tor. Better to get a jump on the series now to avoid looking like a poser when it inevitably gets adapted. Fingers crossed?

More in this category: « Rhythm of War by Brandon Sanderson (Book 4 of the Stormlight Archive) - Book Review