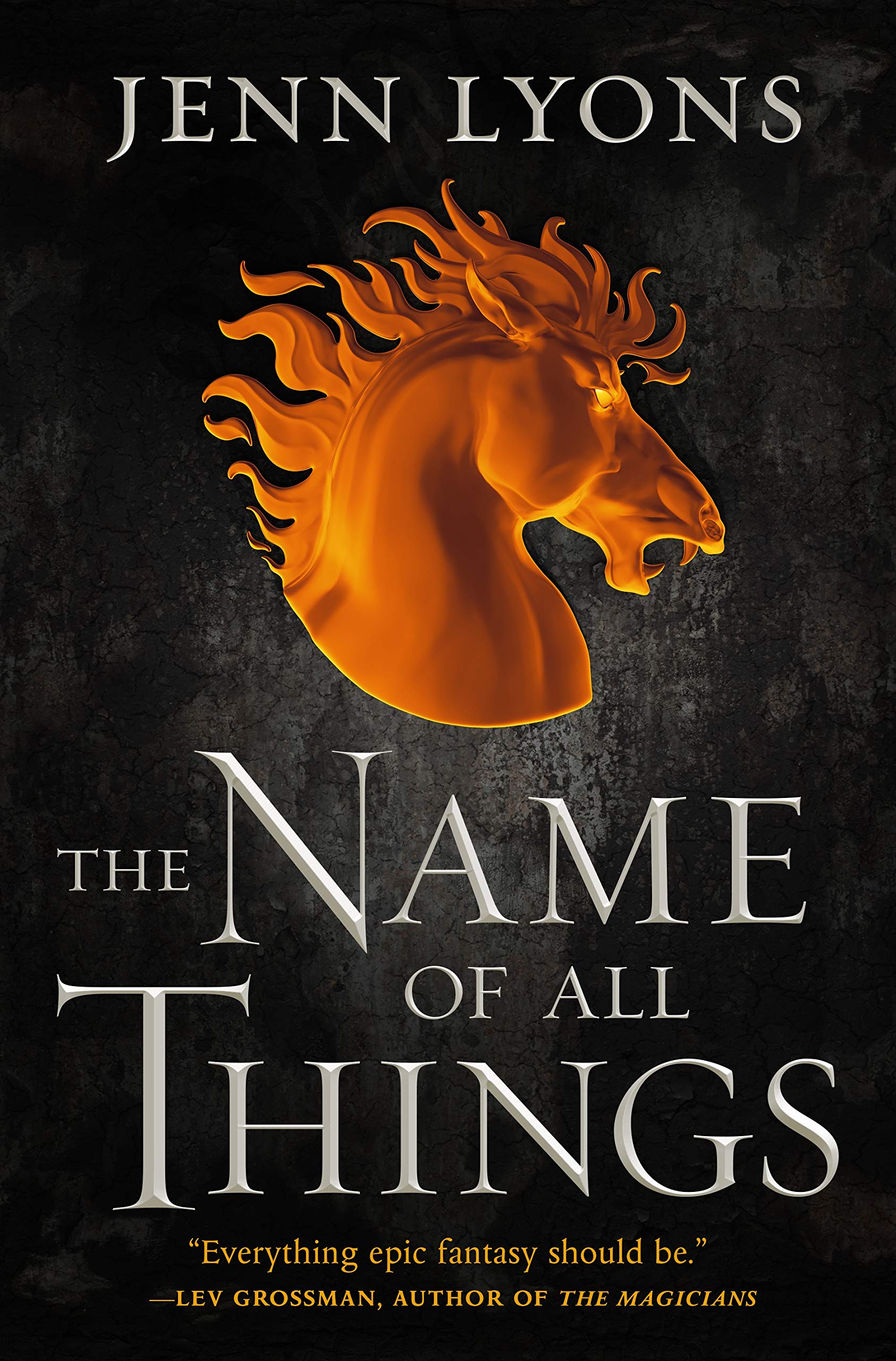 Jenn Lyons’ The Name of All Things is the sequel to The Ruin of Kings and the second book in the A Chorus of Dragons series. Unlike the first book, which followed the story of Kihrin D’Mon, The Name of All Things primarily tells the story of Janel Theranon, a mysterious character introduced near the end of The Ruin of Kings. The stories happen nearly concurrently with the majority of the interlude chapters moving forward the timeline while the last quarter of the book advances their collective narrative.

After listening to The Ruin of Kings, I could hardly wait to leap in to The Name of All Things. Circumstances conspired against me, however, and I ended up not listening to it for a couple of weeks after. It made no difference in my ardor, and I was floored by how quickly I was drawn right back into Lyons’ world.

Our story continues with Kihrin and his relatively new ally Star arriving at a tavern where they are introduced to Janel and Brother Qown. This meeting frames the narration as Janel, Qown, and Senera, a servant of Relos Var, take turns telling the story in the same way as Kihrin, Talon, and Thurvishar D’Lorus.

My prime concern with The Name of All Things was how Lyons would handle the narrative convention established in the first book. I was gripped and fascinated by the changing and sometimes unreliable voices in the Ruin of Kings, and I was skeptical Lyons could capture that same magic twice. In a sense, I was right because we are not treated to the same three voices, but three entirely new ones – each one unique from the three in the previous book. I can’t even imagine how exhausting that was to write. In any case, Lyons does not recapture her former magic; she reinvents it, and it is every bit as captivating as the first.

Magic continues to be elusive and mysterious. The struggle between gods, demons, wizards, and dragons is everything a reader of fantasy could possibly want. In addition to expert world building, Lyons also manages to weave in gender politics and how different societies express and experience gender. It’s really quite something.

If you have yet to pick up The Ruin of Kings, you should stop waiting this instant. Head on over (virtually) to your favorite independent bookseller and order a copy. With the first two books in A Chorus of Dragons, Jenn Lyons has established herself as one of the most compelling voices in fantasy. I cannot wait to get my hands on The Memory of Souls this August.

More in this category: « The Ruin of Kings (A Chorus of Dragons #1) by Jenn Lyons - Book Review The Way of Kings (The Stormlight Archive #1) by Brandon Sanderson - Book Review »