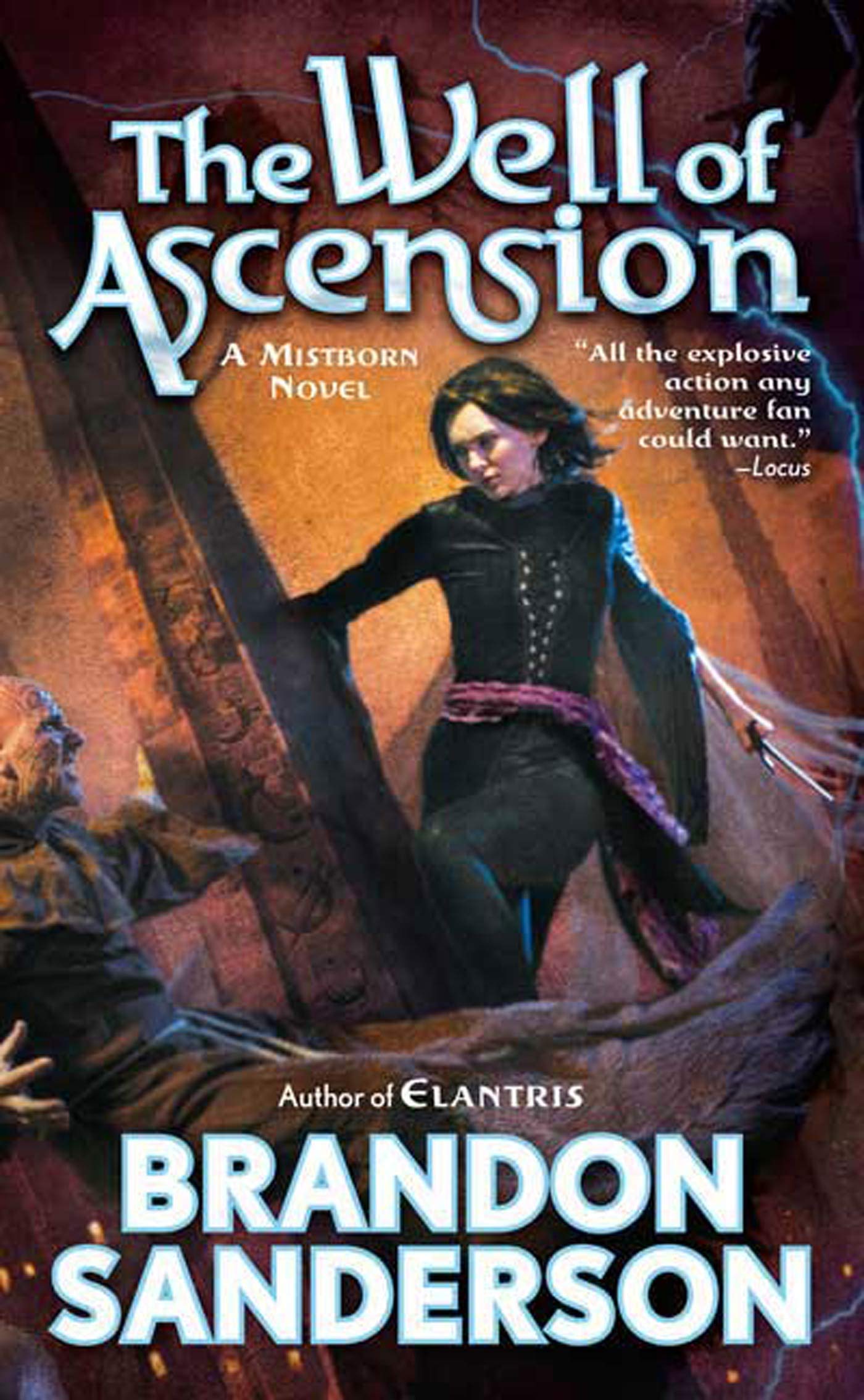 But there’s a problem.

The absence of the Lord Ruler has created a power vacuum and everyone wants to fill it. Luthadel is besieged on all sides, and the only glimmer of hope is a legendary source of power called…you guessed it…the Well of Ascension. Unless Vin can step into her calling as the Hero of Ages, all of humanity might just end up ruined.

I put off reading the Mistborn trilogy for a long time because I heard Kelsier was awesome and the sequels were poorer for not having him. Yet as I read WoA, I found Kelsier’s absence to be almost a character in itself. Not as compelling of a character as Kelsier, mind you, but Sanderson makes you feel the crew’s loss. One of my few complaints about the Final Empire was that the magic system was so explained.  I swear like fifteen percent of the book is spent with people explaining how the metals work and what they do. I realize this is a hallmark of the genre, but even still it felt much sometimes. You don’t really get that with Well of Ascension. The world is expanded in other ways, introducing new characters, more kandras, and new fantasy races.

In conclusion, if you’ve read the Final Empire I suggest you keep on trucking along – if only so you can get to the end of the Bands of Mourning and have your mind blown. Well of Ascension in my estimation is a small step down from the Final Empire, but is still better than most everything else.

Do you have a moment to talk about our lord and savior, the Survivor?