Evil is a Matter of Perspective: An Anthology of Antagonists 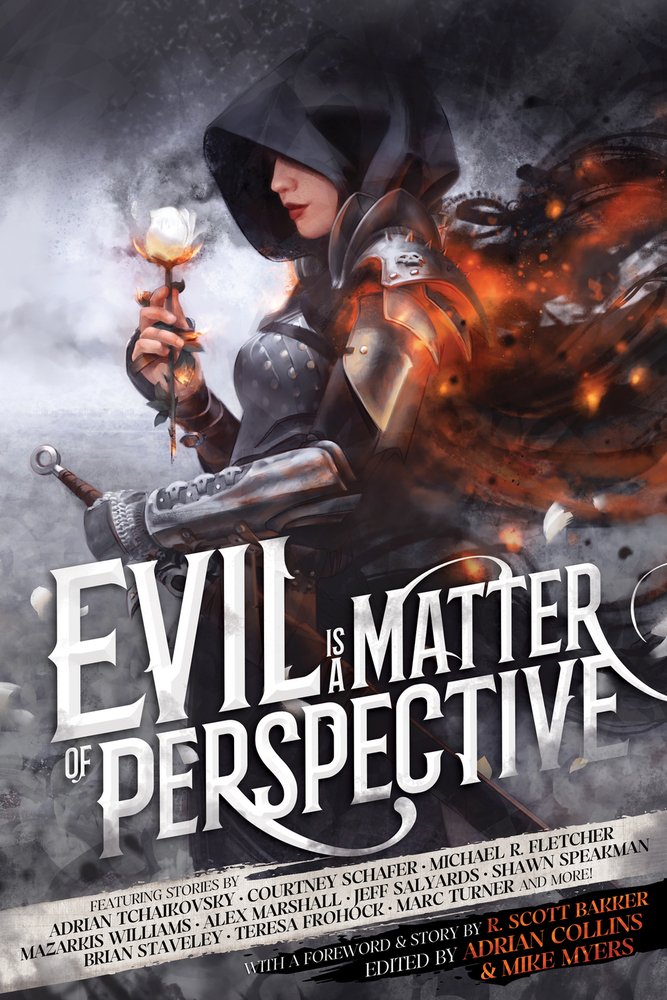 Evil is a Matter of Perspective is, by far, the best anthology I've ever had the joy to read.

"Evil is a matter of perspective. To appreciate this fact is to surmount the tribalism that is our inheritance, to join those who refuse, as far as they are able, to play groupish games. To write grimdark, to pursue complicated moralities in fantastic settings, is to risk the universal instincts of one's fellows in a manner no other genre can."

Adrian Collins outdid himself with this project - you wouldn't imagine it was self-published if you hadn't been told so. From the amazing cover art by Tommy Arnold to the 26 stunning black & white interior art pieces by the talented Jason Deem, and from the eloquent design by the unparalleled Shawn King to the quality edits by Mike Myers, EiaMoP is a wonder to behold. I would lie if I said that EiaMoP isn't an inspiration to my work with Art of War.

Art and design are important aspects of every book, but what truly makes the difference is what's inside, and Collins truly couldn't create a more impressive line-up: From the well-written and captivating story of Michael R. Fletcher to the top-notched and rapid character development of Brian Staveley, from the eloquent prose of Adrian Tchaikovsky to the fascinating setting and engrossing plot of Jeff Salyards, and from the consistent writing of Bradley P. Beaulieu to the well-flowed and compelling narrative of Marc Turner, EiaMoP is an anthology of gritty, grim, and top quality stories. 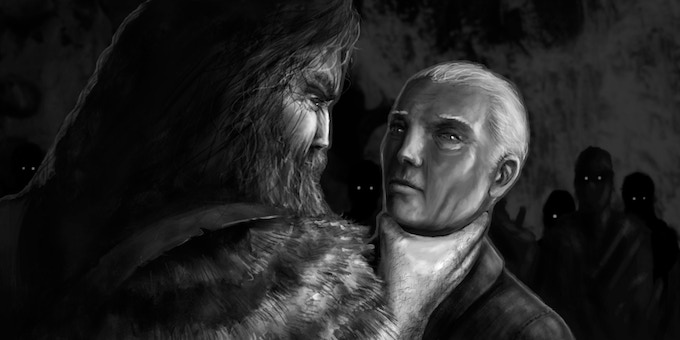 "Anomie stood and her Schatten Morder, the five corpses scattered about the floor, stood too. All bore swords, but none wore more than shreds of long rotted clothing. None wore armour - such contrivances are for those who fear death. In those rare times when the Theocrat called them into service, they always saw violence. When they became too damaged to continue, Anomie left them where they fell. Someday her own body would suffer enough damage to render her incapable of movement and she too would fall. She didn't fear that moment."

Alex Marshall, Mark Alder, Janny Wurts, Shawn Speakman, Kaaron Warren, Courtney Schafer, E.V. Morrigan, Matthew Ward, Deborah A. Wolf, Teresa Frochock, Mazarkis Williams, Peter Orullian and R. Scott Bakker are the rest of the participating authors, and I can tell you with confidence that you will enjoy every single one of their stories.

All in all, Evil is a Matter of Perspective is a grimdark anthology that stands out among myriad of others, and if you call yourself a fantasy fan, then you should buy it ASAP.

CHECK OUT THE BOOK HERE

More in this category: « The Space Between the Stars The Court of Broken Knives (Empires of Dust #1) »