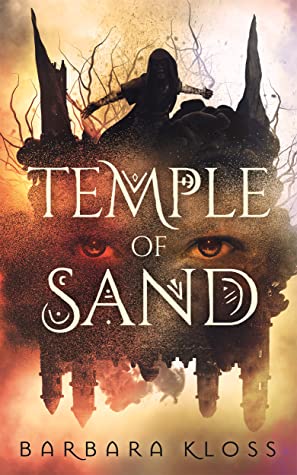 I highly anticipated this follow-up to The Gods of Men (review here, one of SPFBO18's finalists) and it was a worthy wait. Barbara Kloss has quite a knack for storytelling, engaging characters, and solid writing.

The story picks up where Gods left off, with Imari back home and Jeric stepping in to fill the kingly role left behind by his brother. Imari is uncertain where she stands within her family, since it's been years since she's seen them last. And her reunion with them was entirely satisfying. All is not perfect, but I adored her relationship with her brother and father - something I was worried about - and the tension with her stepmother was a realistic addition to the story. Her stepmother's scorn and irritation was understandable, yet gave the right amount of realism to what would have actually happened if this story wasn't fiction. And that's what good stories do, right? They make you feel as if you really are engrossed in a real world, with real problems. And all is not roses and butterflies in Imari's return to the palace and her family.

Jeric's role as king came off a bit flat, since almost as soon as he steps into it, he dashes off again as soon as another opportunity presents itself. I wasn't convinced this would have been possible, or even allowed by his counselors, had this been real. Looming war and political pressure would have kept him there, in my opinion. But I understood from a plot perspective why this was the choice the author makes. And, of course, he and Imari NEEDED to be together. The inevitability had me anxious, and when it did finally happen... well, happy sigh. In typical Kloss fashion, the characters really shined and the romance was completely satisfying.

One of my favorite character developments were those of Nia (a new character to this book) and Tarryn, who plays a larger role in this book than the previous. And the comic relief of Braddok, Jeric's friend, and Jenya, Imari's bodyguard, provided an escape from the near constant, breathless action.

Which leads me to the plot. Temple of Sand delivers just as Gods did, although I didn't love it *quite* as much as the first book. I docked 1/2 star for this, since it seemed a bit simplistic. But this didn't detract from my overall enjoyment. As mentioned previously, the pacing is quick and I never got bored. The action is almost perfection, the monsters terrifying per usual, and I found I couldn't put it down.

Worldbuilding - ah, that elusive fantasy bedrock. Gods worldbuilding WAS perfection. This book, as opposed to the first one, takes place almost entirely within one city, which wasn't my favorite. So another 1/2 star was deducted. But sequels are notoriously hard to write, and although it wasn't my favorite, I did enjoy the layers of worldbuilding that this story added. The Sol Velorians in particular reminded me of the Jews in the New Testament - a disenfranchised people, enslaved, fighting for their freedom. I loved it.

I read an ARC of this book before the final editing pass. Any repetitive phrases will be cleaned up, I'm sure. Thank you to the author for the opportunity to read and review; this is one series I will anticipate every new release. This book was published on December 7th, and is available here.

More in this category: « Of Myth and Monster by the Phoenix Fiction Writers - a book review Shader: Sword of the Archon (Shader #1) by Derek Prior - book review »