1. What is World of Darkness: Ghost Hunters about?

MM: World of Darkness: Ghost Hunters presents paranormal investigation from a mortal’s perspective. Chapters cover skeptical ghost hunters, well-organized groups, natural mediums, and their families and the equipment they use to uncover the “truth” that ghosts are real. In the World of Darkness, however, paranormal investigators may unwittingly stumble across any one of its other denizens, putting themselves (and the creatures they encounter) at risk.

MD: I think this book will work incredibly well for both players and STs, due to the content MM described. We've got playable organizations, story hooks, antagonists, artifacts: the whole shebang. I'm really looking forward to seeing groups put this material into practice. What I particularly enjoy is how this game can work as an enhancement to pretty much any World of Darkness game.

2. When does the Kickstarter begin?

MD: And we'll be running all the way through to Halloween. 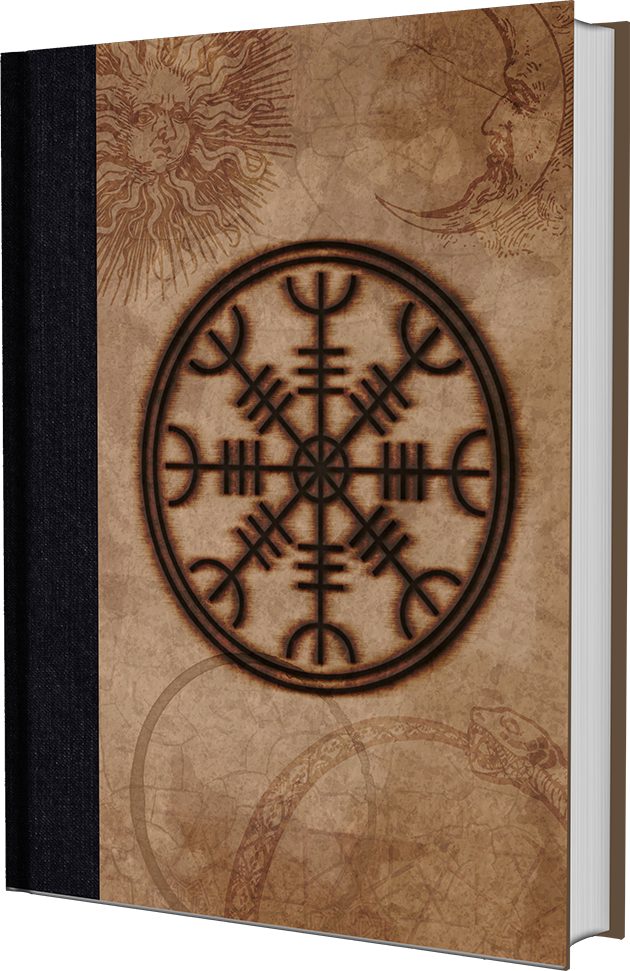 3. What inspired this supplement?

MD: Also, we love ghost stories and assorted media handling that aspect of undeath. They offer a suspense and investigation angle that Vampire often replaces with politicking and Werewolf often replaces with combat, and so on. As big fans of Wraith and Orpheus, too, it was lovely for us and the rest of the team to revisit that kind of world.

4. What sort of media should readers check out to get into the mood for this supplement?

MM: Reality television series such as Ghost Hunters International, Haunted USA, Scariest Places on Earth, are fun for story hooks and potential places to explore in a game session. Fictional TV such as the early seasons of Supernatural, The X-Files, The Haunting of Hill House, and Kolchak: The Night Stalker were playing on a loop while working on the book.

MD: You know I'm fond of the classic movies (and even in some cases, their remakes or TV equivalents), like The Woman in Black, The Haunting of Hill House, and I really started getting into ghost cinema in my teens, through Japanese and South Korean movies, as they introduced a more terrifying aspect to proceedings. In literary terms, you can't go wrong with the works of M.R. James, too. Fantastic ghost stories.

5. Do you see Ghost Hunters as a supplement for those who want to play mortals exclusively or can it be used for supernatural gamelines?

MM: This book offers up several options. You can play games as mortal paranormal investigators or use NPC investigators exploring the urban legends and strange happenings in town.

Alternatively, this book can be very useful for creating new antagonists for the supernatural characters in your current game. For example there could be a group of determined investigators poking around where your vampire or mage characters hang out, asking too many questions and pointing cameras where they shouldn't. Some enterprising supernaturals might even want some paranormal investigators as Allies or Contacts, depending on their usefulness.

MD: From the Wraith perspective, this game sets you up with mortal antagonists AND ghostly supporting characters and foes too. Hauntings and murderous spectres are always fun in a game. 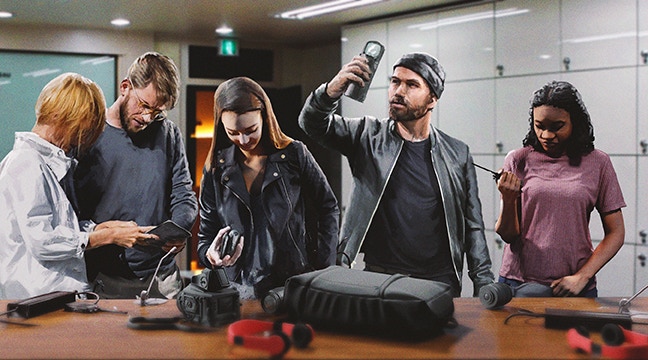 6. How much will you have to know about Wraith: The Oblivion to use this?

MM: Wraith: the Oblivion will certainly be useful for making even more interesting connections to ghostly hauntings and connecting paranormal investigators to some of the factions featured in that book. However, this book is meant to be broadly useful across the five World of Darkness game lines, so you can use it with whichever line you like. That said, the Wraith: the Oblivion 20th Anniversary Edition core book is a great book and you should get it because it is an amazing game.

MD: +1 on that. Without doubt, I consider Wraith 20 to be the best of the 20th anniversary core books. It contains so much fantastic playable content and finally makes Wraith into the game I've always wanted it to be. You don't need it to play Ghost Hunters, but I recommend it on its own merits and as a brilliant expansion to this game.

7. How do ghost hunters differ from hammer and stake hunters?

MM: Ghost hunters are seekers of truth and want answers to those unexplained myths and legends. Not all of them want to destroy monsters, many actually just want to study them and solve the puzzle. A few might even be motivated by the idea of sharing the answers with the world at large via tv or the internet. Many of the other monsters hunters are much more interested in destroying monsters than understanding them. However, those lines can blur often and groups can be a mixture of motivations. Some ghost hunters might start out as observers and become destroyers over time depending on what they encounter.

MD: I see ghost hunters as more innocent or at least less jaded than the average hunter. They're fascinated with the paranormal and don't always understand the depth of the threat they're about to face. I think of them as more likely to study and interview spirits, discussing them back at exclusive clubs, in TV interviews, or on their preferred Discord groups, before their exposure to the undead forces them to start taking drastic measures to protect themselves from the restless spirits.

MD: The new organizations in this book are among some of my favorite content in this book. I think players are going to find a lot to enjoy in Ghost Hunters.

9. What kind of crunch will this book contain for Storytellers and Players?

MM: expanded rules on Mediums and mortal Necromancer Hedge Magic. Which is a first for the 20th Anniversary line I think.

MD: All kinds of mechanics are in this book, from character creation for mortals and options for mediums, along with tools for use in the field.

10. Do each of you have favorite part of the book?

MM: I really like the History of Ghost Hunting at the beginning of the book. I’m also a big fan of story hooks, which Matthew did a fantastic job with the case files.

MD: I'm going to do a little self-promotion here and say that next to the organizations, I loved working on the case files in this book. They allowed me to come up with fresh ghost tales as well as tie some in to other aspects of the World of Darkness and subvert existing, real world ghost stories. They were a lot of fun to write.