The Court of Broken Knives (Empires of Dust, #1)

Where do I even start with this one. Well, I can begin by saying that I listened to the audiobook edition, read by Colin Mace and Meriel Rosenkranz (Mace performed about 90ish% of the book while Meriel's narration was from only one character's perspective and just a handful of chapters). Overall, I thought Mace did a tremendous job capturing the true grittiness of the story, though his pacing could've been slightly better, but it's understandable with how the book is written. Not to say Rosenkranz didn't do a great job as well, but I felt like her chapters were filler and they really broke up the un-putdownableness of the book. I've never been a huge fan of multiple narrator performances (with the exception being American Gods, as it was a full cast and was perfection) but with my TBR being freakishly long, audio was the way to go.

THE COURT OF BROKEN KNIVES is the debut novel of Anna Smith Sparks and one of the best new works of dark fantasy I've seen. I'm intrigued by these new characters, her world, and how they play off of one another. Having just finished this book after finishing Deborah A. Wolf's THE DRAGON'S LEGACY and Anna Stephen's GODBLIND, it's difficult to say which is the best of the three debut novels this year. I did have some issues with the book and its characters but they were balanced out by how unexpected the directions their stories went.

The Court of Broken Knives (Empires of Dust #1) 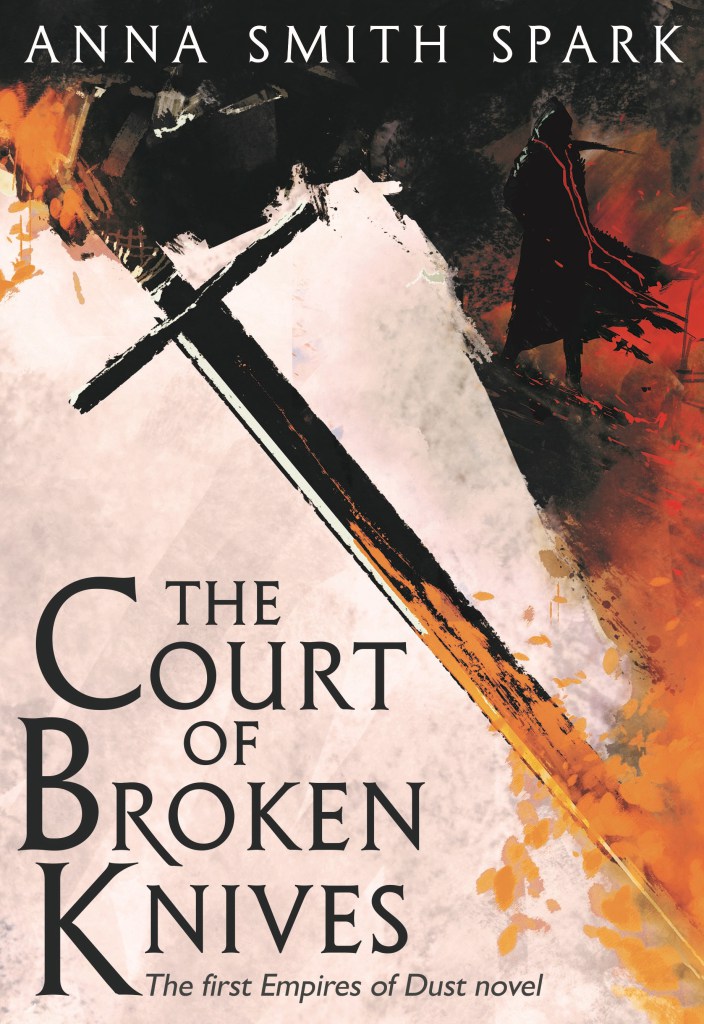 Five months and fifteen reads after Kings of the Wyld, I finally found another book that I wanted to savour every single page, reading it as slow as my schedule permitted.