SHADOW, SHADOW uses the premise of a Twilight Zone episode called "Button, Button" by Richard Mattheson (of "I am Legend" fame) and combines it with the myth of the Shadow Men. It also, to an extent, could very easily be compared to a Western version of Death Note. The premise of Shadow, Shadow is Harley Fox and two of her friends are invited to a magic shop in town on her sixteenth birthday. All three of them are given a magical box which has a very simple power.

They just have to make a wish on it and they can cause the Shadows to take away anyone they want. It is a perfect tool of murder they can use to disappear anyone they want. Worse, they're also tempted with the return of people who have disappeared in their lives. In the case of Harley Fox, she can possibly receive her mother back if she gets rid of her wicked stepmother. In the case of her best friend Brock, he can get back his baby sister if he trades away someone else. Once one of them uses the boxes, all of them are cursed and will lose a loved one if they don't use it.

What did I think of Shadow, Shadow? Well, I bought the next volume of the series as soon as I finished it. That should tell you what I thought of it in a nutshell. I'm going to read the entire series by V.B. Marlowe and is something I think deserves all the attention it can get from SPFBO. It's not the best independent fantasy fiction I've ever read but it's good without qualification and works as both a Young Adult novel as well as a genuinely affecting piece of urban fantasy.

Harley is a genuinely engaging protagonist who has the rare quality of being believable as a sixteen-year-old girl while also being a likable as well as proficient protagonist. She has the moral fiber to resist the temptations of becoming a murderer for selfish reasons but also becomes aware of the items' potential when other people are in danger or she's threatened by her obsessive ex-boyfriend Nash. She's a three-dimensional character and that's rare enough in mainstream fiction. 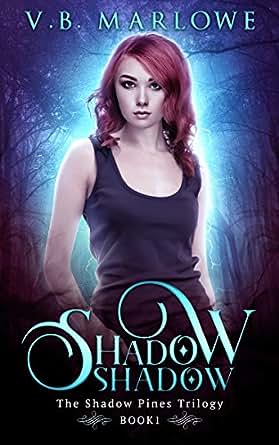 Harley's family situation is also incredibly sympathetic. Her father is, bluntly, a complete piece of crap but not in a way which is unbelievable or overdone. He's not a drunk or overtly abusive but having lost his wife and remarried with a new child, he's started to think of his daughter as a burden and as a troublemaker. His profound selfishness is marked in subtle ways that, nevertheless, make it clear he doesn't love his daughter the way a father should. By the time the book was over, I really wanted someone to send him to the proverbial cornfield. Which is another Twilight Zone reference if you didn't pick up on it.

The supporting cast is very good in this book throughout from the magic shop owner to the catty girls in school to her best friends who are tempted to use this evil power simply because it's there. The fact they're being threatened and cajoled into it by an outside force also makes it believable otherwise "good" teenagers might do an unthinkable crime. After all, it's impossible for them to be caught and their lives would be so much easier. It doesn't help you have situations like Harley's father trying to get her doped up by her psychologist and the very obvious fact her stepmother is trying to poison her husband against his daughter.

I like how the magic system is designed in this story as well with the full implications of the boxes and the shadows explored. They operate on rules which are internally logical and don't change, except for the fact the Shadows can change their targets and that's what you should suspect when dealing with monsters. The town of Shadow Pines is also well developed and has a creepy believability to it that reminds me of Stephen King.

Is the novel perfect? No, the writing can sometimes drag and it's not until about halfway through the book it really heats up but I was able to overlook this to enjoy it in its totality. People should pick this one up, I think.