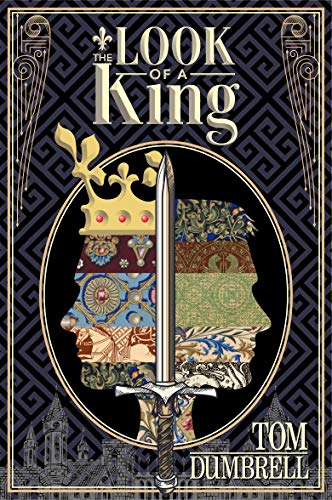 The Look of a King by Tom Dumbrell was the most surprising read for my small part of this year’s SPFBO. At 272, it is one of the shorter entries Booknest has reviewed and yet it didn’t feel too short at all. Instead, this truly felt like a book that used the amount of words necessary to tell its story, and I deeply appreciate it. In a market where it seems quantity is oftentimes more valued than quality, I admit even I turn my nose up on occasion to books under 300 pages. It’s a failing, I’m aware. In any case, The Look of a King laid any of my apprehensions to rest within the first few chapters as I found the story and characters almost immediately interesting.

The story primarily revolves around two young men with very different lives: Cyrus, a young storyteller who feels confined by his mundane provincial life, and Augustus, a snooty princeling struggling to live up to the kingdom’s expectations. Our inciting incidents take place when the king is assassinated and Cyrus is driven from his home by soldiers. These ensuing chaos sets the course for the rest of the story.

Dumbrell’s prose is lean while never feeling stilted, which fits the magicless medival fantasy world. Our two POV characters are compelling and the shorter chapters gave the story a tremendous sense of forward momentum. This turned out to be a good thing as I read the entirety of it in a few sittings without killing an entire day. I would have been interested in a number of the side characters enough to actually read chapters from their POV. I don’t think it would have been at all necessary so I appreciate the lack of filler, but Dumbrell certainly has the writing chops (I hate that word) for a grander epic fantasy story.

In conclusion, I would gladly recommend The Look of a King to anyone who enjoys shorter works of fantasy or would like a break from the doorstops that dominate the genre. This is a self-published book I would be proud to have resting on my shelf.