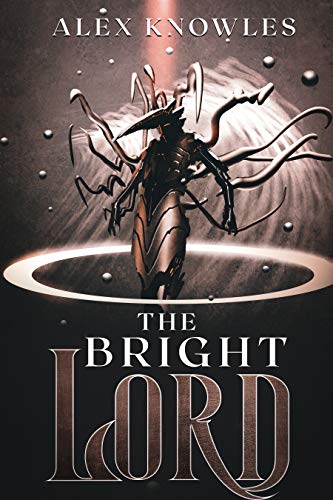 My first read for SPFBO 7 was The Bright Lord by Alex Knowles, a LitRPG cultivation novel concerned with Ryan Hart, an extremely powerful Guild Commander turned retired family man. Unfortunately, when his past catches up to him, Alex must shed the life he has taken up in favor of the one he discarded. To make matters worse, he will need to “reset” into a new body, which he must then cultivate and train before he loses everything he gave up and everything he gained.

For the purposes of the Self-Published Fantasy Blog-Off, I like to go in as cold as possible on a book. I don’t look at the summary. I don’t look at any reviews. I don’t want to know anything about the story or its characters. This is partially because I want to go in untainted by anyone else’s opinion, but it is also because I want the story to stand on its own without the aid of a description. Oftentimes this works out just fine as the author immerses the readers into the world of the story. However, with the Bright Lord, I wish I had glanced at the summary because I had no idea what was going on…for a while.

The story begins with Ryan making dinner for his daughter while waiting for his wife to return from work. The dreaded phone call comes as does the police car and televised news that his wife has been in a terrible car accident. He makes arrangements for his daughter and heads with the police to see his wife in the hospital, meeting along the way some old comrades who inform him that his enemies are coming for him.

The next thing I know, he’s disappearing/evaporating and his consciousness is launched across the galaxy or into a digital space or a magic realm where he reanimates inside someone’s corpse at a prison/mine/training planet. This new body is really weak, but he manages to make a few friends and start leveling up his magic. Although he’s frail, he remembers doing this all before and so he provides advice for the two men bonded to him, and they begin cultivating their magical abilities.

It was around this point that I checked out. I continued reading, but I found it difficult to be invested in Ryan or his situation. The prose is very straightforward and descriptive so I had a clear mental image, but I felt no emotional investment. For me, a husband and a father of four, if something were to happen to my family, it would be all consuming. Even if, God forbid, I had to enter World of Warcraft as a level one mage and work my way up to level 80 because the Lich King had enslaved Northend.

I apologize for the dated reference.

Instead, this inciting incident is treated as a catalyst for the story, and I never felt like Ryan really cared all that much apart from a few fleeting moments in between training. If this internal conflict could have been elevated, I really think it would have done a better job at pulling me in. Instead, the Bright Lord ended up feeling a bit like I was listening to someone narrate a video game. Sure, I knew everything that was happening, I just didn’t know why I should care.

That said, if you are into stories about people trapped in video game style worlds where they gain experience, cultivate their abilities, and learn to fight the big bad evil guy, by all means check this out.

It did have Sufficiently Advanced Magic vibes even if it didn’t have as clear of worldbuilding or as dynamic of characters.

More in this category: « Bitter Sky (Fractured Empire Book 1) by Tim Stretton - Book Review The Broken Heart of Arelium (The War of the Twelve #1) by Alex Robins »