The Lion, the Witch, and the Wardrobe (The Chronicles of Narnia Book 2) by C.S. Lewis - Book Review 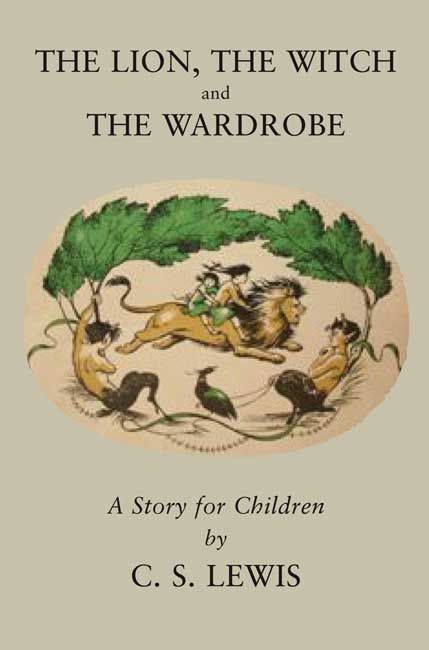 The Lion, the Witch, and the Wardrobe by C.S. Lewis is a fantasy classic. Ask any number of adult readers of fantasy what their first fantasy book was and many will list one of the Chronicles of Narnia. I don’t have statistics to back that up, but it’s a trend I’ve observed. I am no exception to this. The book was recommended to me by my third or fourth grade English teacher, and I read it reluctantly…School had taught me to hate reading. Wardrobe was the first book to really capture my imagination, forcing me to make full use of the library next door as I tore through the rest of the series with a theretofore hunger I’d never experienced. So it was with some excitement and nervousness that I revisited Narnia while reading it to my oldest son (age 5).

The first Chronicles of Narnia book (2nd in Chronological order), The Lion, the Witch, and the Wardrobe, tells the story of the four Pevensie children as they are sent to the country to avoid the horrors of London during World War II. Peter, the oldest, is a natural leader, a model heroic type. Susan, the oldest sister, is the skeptic, rational and stern. Edmund, the younger brother, fills the role of the unlikable sibling, and Lucy is the youngest. It is Lucy, I believe, the reader is supposed to associate with as it is she who discovers Narnia and believes in it wholeheartedly.

During a game of hide-and-seek, Lucy discovers a hidden world in the back of an old dusty Wardrobe. Here she meets a faun named Mr. Tumnus who tells her all about the world and the constant oppression they live under. Here, because of the White Witch, it is always winter but never Christmas (Oh, horror of horrors for a child). The Witch, Lewis tells us, is the product of Adam’s first wife Lilith and a freakin’ djinn…but more on that later. Mr. Tumnus confesses that he is in her employ but feels super guilty about it so he lets Lucy go. Lucy returns to our world (where no time has passed) and everyone promptly dismisses her tale as a childish fancy (a reoccurring theme in the series).

Lucy later returns to Narnia with Edmund on her heels. Due to the time difference, Edmund arrives quite a bit later and ends up meeting with the White Witch herself and becomes a drug-addict…well…he eats magic candy (Turkish Delight) and craves more of it…He is only promised more if he can bring his siblings to the White Witch. So after meeting back up with Lucy, he decides to just this…after denying his experience to Peter and Susan because screw Lucy that’s why.

All four siblings end up in Narnia together eventually, learn of a prophecy that they’ll eventually rule the place in Cair Paravel, meet some talking Beavers (yes), and meet up with the Lion of Judah…sorry…Lion Jesus…sorry…Aslan…Lion Jesus. Who, to be fair, is still pretty awesome.

Because of my nostalgic connection to Wardrobe, I was a little worried that it wouldn’t live up to my memory. And in some ways, it didn’t. This isn’t to say it isn’t a great book, because I maintain that it is. But like Herucitus said, “No man ever steps in the same river twice, for it’s not the same river and he’s not the same man.” I read Wardrobe this time round with a more critical eye while experiencing the story through my son who’s never read it.

What makes Narnia so special is Lewis’ narration. While I read it aloud and performed different voices for all of the characters, I got a similar feeling that I get when I’m at a first read-through for a show. A director or stage manager reads the stage directions while the cast puts in their voices. The difference being that the most interesting part of the experience was listening to the director. In a sense, Lewis is the Emperor-over-the-sea. He is god of this world, telling us what every character thinks and feels while also narrating the events. Even after decades of reading, I haven’t found anyone, with the exception of maybe Neil Gaiman who owes a lot to Lewis, who combines lighthearted whimsy, razor descriptions, and effortless worldbuilding as well as C.S. Lewis. The characters, while not possessing a great deal of depth, are well realized archetypes and behave like children. As an adult reader, I didn’t relate particularly well to anyone,but when I’d finished and told Jake we’d be moving on to Prince Caspian, his first question was, “Is Peter in it?” and his second was, “Is Lucy in it?”

I call that a job well done.

As I oh so subtly alluded to earlier, there is a great deal of Christian imagery (Lewis didn’t consider them allegorical), which shouldn’t come as much of a shock when you consider Lewis also wrote, ya know, Mere Christianity among other theological works. The parallels are obvious throughout the series, but as the sacrificial god isn’t an idea exclusive to Christianity, I don’t think it’s as blatant as it is in Prince Caspian or the Last Battle. I was surprised by the inclusion of Lilith as she is more a part of Jewish mythology than Christian theology. So that was a neat little thing I super didn’t pick up on as a kid.

There is also an overwhelming sense of traditional gender roles as if sending two young boys to battle is somehow morally superior to sending two young girls. Having a stiff upper lip and slaughtering evil creatures is seen as masculine while expressing emotions is perceived was womanish (it isn’t hugely on display in Wardrobe, but it is Caspian). In retrospect, I can’t say it’s seen as somehow less than masculine traits, but there’s a distinct sense of what is right and wrong for each sex. High King Peter and King Edmund are given noble swords and shields to fight while Susan is given a support class complete with bow and horn. Lucy is relegated to healing class, which to be fair she is like…eight. I don’t have a huge problem with it though I did take the time to flesh out some of these ideas with Jacob. I do have a bit of a pet peeve about imposing modern sensibilities on previous generations, but that’s neither here nor there.

It’s imperfect. You get it.

At the end of the day, the Lion, the Witch, and the Wardrobe is still every bit as magical as it was when I was young, and it was a true joy to see the story through fresh eyes. If you’ve never read them or if you have kids you’d like to introduce to fantasy, I suggest it wholeheartedly. Jacob and I are two chapters away from the end of Prince Caspian, and I can’t wait to start up the Voyage of the Dawn Treader.