I won’t forget the three days I spent reading the intricate three days of battle in this book. Joe Abercrombie has proved himself once again to be my shining star in Grimdark fantasy.

For me, there’s simply no one that can write Grimdark fantasy like him. 'The Heroes' has been claimed by a lot of Abercrombie’s fans to be his best works, although I disagree because imo that crown still belongs to ‘Last Argument of Kings’, I love 'The Heroes' as much as I loved 'Before They Are Hanged', which is a LOT. 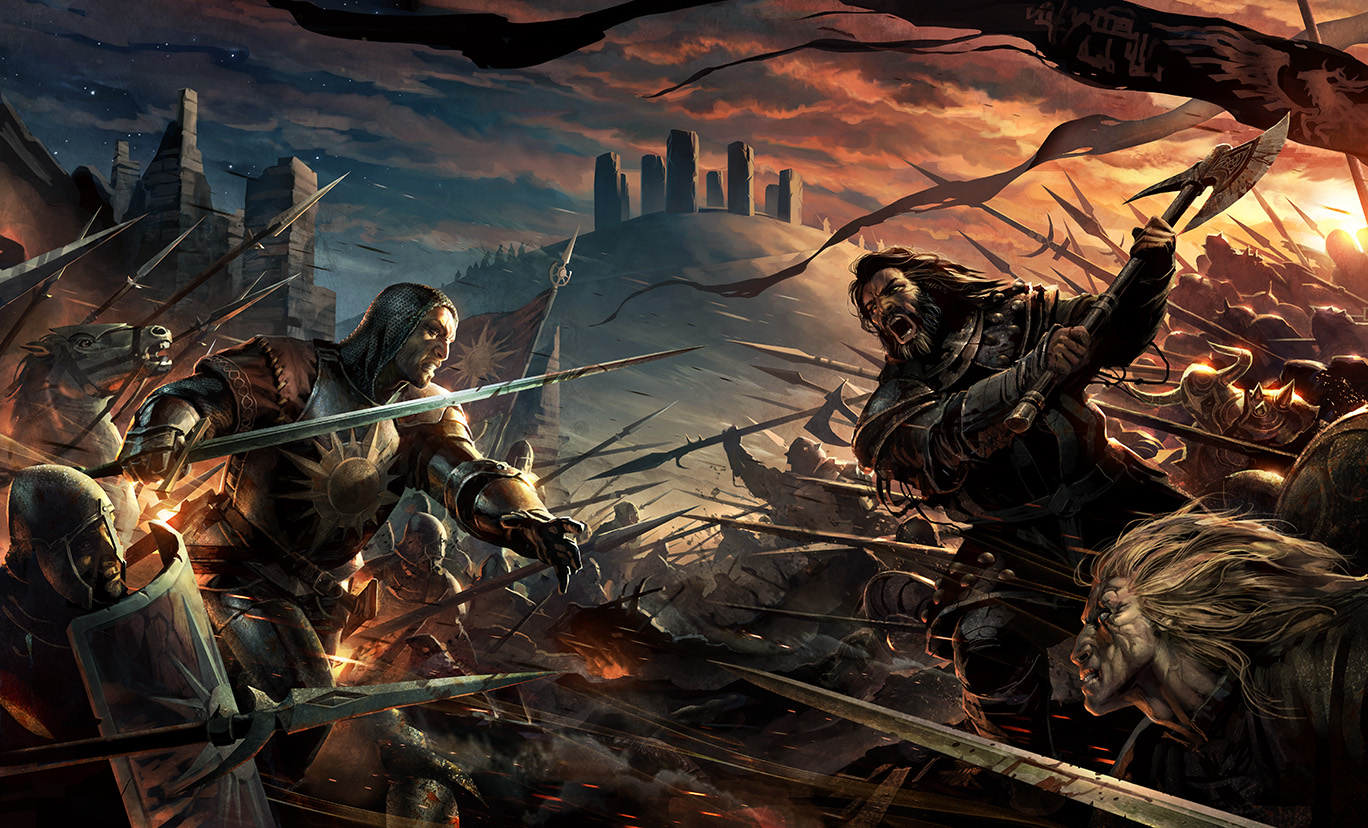 The year is now 584 AU, four years after the events in ‘Best Served Cold’. The entire setting of the book take place in The Valley of Osrung in the North, located between Uffrith and Carleon. The plot of the book revolved on the three bloody days of climactic battle between the Union and the North. That’s it, this is seriously the main plot of the book. The Heroes is thoroughly a Military grimdark fantasy, it captured the horror of war perfectly, showing the preparation, the wars, and the aftermath of each battle in details from both sides. The pacing of the book is well paced, it started really slow in order to give first impressions and personalities to the huge cast of new characters, once that’s done, it became so addictive to read. It’s just impressive how gradual and natural the flow of the book felt, with increasing tension in the story with each passing day.

There are no heroes in this book; each protagonist is a villain from the opponent’s point of view and vice versa. Although it can be read as a standalone, I strongly suggest you to read The First Law trilogy and Best Served Cold first due to the reason that some side characters from the previous books played a bigger role this time, Bremer dan Gorst for example has become one of the main POV character in this book. As usual, Abercrombie’s characterizations towards his variety of characters, old and new, are incredible. The six main POV’s characters have amazing development throughout the book, almost everyone ended up different mentally from they were in the beginning of the book, it felt like Abercrombie’s message to the readers of this book is that it doesn’t matter what kind of a person you are, war will change you eventually, for better or worse.

“It is easy to forget how much you have, when your eyes are always fixed on what you have not.”

The best strength of the book definitely lies within its battle scenes, which were done in stupendous quality. Masterful use of consecutive shifting POV’s to show the relentless coup de grace dealt to and from both side of the armies factions. This is also the first time I read a novel which utilized the view of war from the eyes of a common soldiers and they’re terrifying. Superlative cinematic action packed with heart book, it’s brutal, visceral and bloody thrilling. I’ve read plenty of epic/dark fantasy and other than John Gwynne or Bernard Cornwell, no one else can write realistic and explosive battle scenes imbued with raw emotions as good as Abercrombie, no one. Every action scenes here is truly breathtaking, thrilling and gripping, usually we have only one climax sequences in the book we read, in here we have five, the book consists of five parts and each parts have a breathtaking and compelling vivid war or duel scenes, combined with his meticulous and impeccable prose, the book provide a truly one of a kind satisfying combat experience.

The first time I fell in love with Grimdark fantasy novels was after reading The First Law trilogy, The Heroes will be the fourth book by Abercrombie to go into my ‘favorites’ shelves after his first trilogy. Thank you for reminding me once again why I love Grimdark fantasy in the first place. All hail Joe Abercrombie, the Lord of Grimdark. I’m closing this review with this little beautiful quote or advice from the book that I think every one of us should always try to remember.

“Savor the little moments, son, that's my advice. They're what life is. All the little things that happen while you're waiting for something else.”