Emperor of Thorns (The Broken Empire #3)

Emperor of Thorns marks the conclusion of The Broken Empire trilogy and I must say, despite my lukewarm and dislike towards the first and second book, I end up enjoying the last book in the trilogy more than I expected.

Jorg, now 20 years old, is on his way to become the Emperor of the Broken Empire but there’s a looming threat that’s coming for him and the Broken Empire itself, the Dead King. EoT managed to wrap the main storyline wonderfully, the entire climax of the trilogy between Jorg and the Dead King plus the ending is gripping and well written. It’s safe to say Jorg’s story that we followed since he was 10 years old ended satisfyingly. However, I feel like the end section deserve more screen time since it ended in a bit of a rush and at the same time, there are still some things unexplained specifically on the history sections and how exactly the Dead King came to be. The story is again told in the same method as before, divided between three main sections, Jorg’s 20 years old present day, 5 years earlier which continues straight after King of Thorns past section but before KoT present section (weird isn’t it?) and another female perspective, Chella the necromancer. Honestly, I prefer Chella’s Story more than Katherine’s diary back in KoT which were almost completely pointless imo. Chella’s story does provide information and depths to the main story and it’s told in 3rd person POV which added color to the narrative.

There’s also one more reason why the plot in EoT is the best out of the trilogy. It’s the fact that there is only one or two ‘Dream sequence’ here. Let me tell you this, I despise the entire dream sequence of the trilogy, 90% of the time when it appeared, it ended up hurting the pacing and I can’t wait for it to be over as soon as possible. Every dream sequence is hard to digest and most of the time are pointless to the main storyline, it’s there to show Jorg’s obsession and relationship with his aunt, Katherine, which at the end, doesn’t have any closure whatsoever and made me wonder, what was the point of reading all that.

Despite this trilogy having a huge problem in the scarcity of compelling side characters, Jorg is one of the most unique protagonist in fantasy I ever read. He’s pretty much the sole main driving factor of the trilogy and it’s really awesome to see his growth from the first book up to the end of EoT. He’s a really complex character, don’t get me wrong, he’s an asshole, a scum, ruthless, selfish and violent but he has his protective and redeeming factors. This book gives the conclusion on his journey into his redemption, whether he succeeded or not, I’ll leave it for you to find out.

Picture: A scene from the book (Interior Artwork from Broken Empire Omnibus edition by Jason Chan) 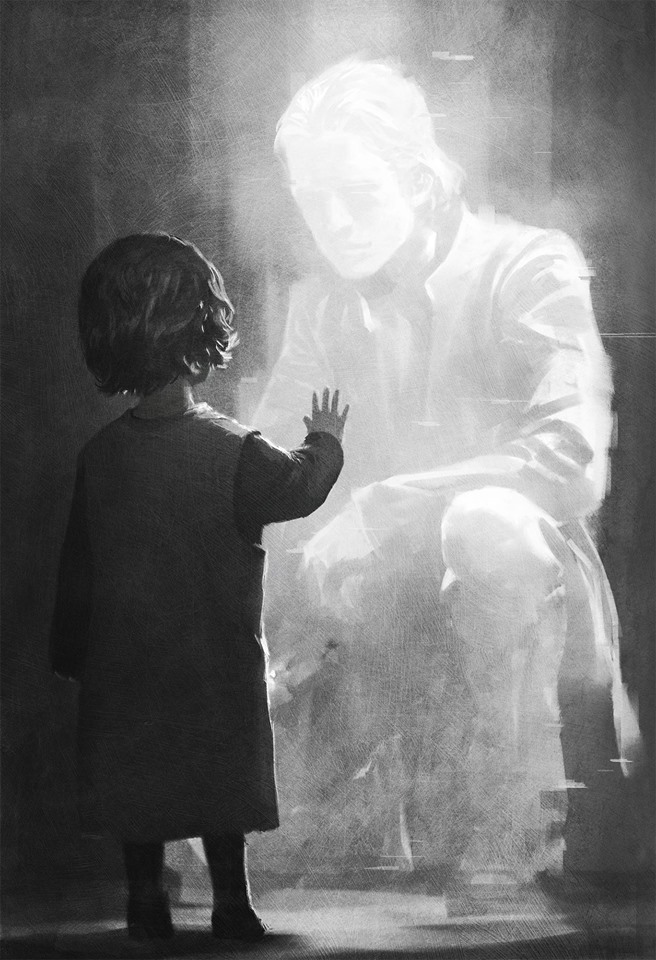 For the world-building section, the overdue explanation, while still unsatisfactory is finally here. Some “Gary-Stu” moments from King of Thorns finally received a proper explanation, especially regarding where Jorg received the Builder’s Tools. I do wish there is more information on the history and everything about the Builder, there is so much potential to make this series better but hey, in the end this trilogy has always been about Jorg.

I must state once again that Mark’s prose is a thing of beauty and authenticity, it’s original, philosophical and sadly, a double edged blade for me. I don’t think it was a good idea for me to binge read this trilogy. I love binge read, it’s what I always do but on this case, I think this time the prose damaged my rating. There are a lot of parts that could be trimmed down, especially on Jorg’s inner monologue that go on and on more than necessary that made the trilogy tedious to read.

Overall, I think The Broken Empire trilogy may be one of most overrated trilogy of all time for me. I struggled heavily to finish it that I don’t think it’s a good idea to read it right after reading Red Sister. To compare them is probably unfair since they’re written differently but it’s really obvious from the comparison in quality that this is Mark’s debut trilogy once you read it. I can’t say the same for Red Queen’s War (haven’t read it yet) but none of the book in this trilogy ever came close to the quality of Red Sister.

I’ll recommend this trilogy to anyone who’s looking for a complete anti-hero and unique grimdark read but if you’re looking for a fantastic grimdark fantasy series, my recommendation is to look for a different series such as The First Law trilogy by Joe Abercrombie.

More in this category: « Promise of Blood (The Powder Mage #1) King of Thorns (The Broken Empire #2) »