Contrary to the popular opinion that Red Seas Under Red Skies, the 2nd book in the Gentleman Bastard Sequence series, is weaker than its predecessor, I’m more inclined to say that it’s not inferior nor superior but it’s equally great with The Lies of Locke Lamora in a different way. It retained some elements that made the first book rose to its fame and at the same time, replace some of them with some new factors to the series.

“Difficult" and "impossible" are cousins often mistaken for one another, with very little in common.”

Two years after the end of the first book, we continue straight off with The Gentleman Bastard trying to, again, pull off another biggest heist they ever attempted. The plot started with Locke & Jean, camouflaging as professional gamblers in an opulent casino named Sinspire executing one of the necessary steps for their heist. However, again, the heist gets so much more complicated than what they planned.

The whole setting of the book took place in a completely different place than its predecessor, this time taking place in the island city of Tal Verrar and the Sea of Brass. Although I miss the city of Camorr for its beauty and resemblance with Venice, I do think that Tal Verrar and Sea of Brass gave the necessary new atmosphere to the book and series as a whole. The entire narrative are still told in the same storytelling method as the previous book, by shifting between present and past timeframe. The past sections this time are called “Reminiscent” and it’s there to bridge the 2 years gap before the beginning of the book. These “past” sections are there only for the first half of the book, it’s different from the previous book where it lasted from the beginning up to the end and honestly speaking, I prefer it to last all the way since it worked so well before. However, the entire “Reminiscent” sections explored how Locke deals with the aftermath of Camorr and how he’ll set up their plan for the biggest heist of their career, which remained captivating as always.

The most enthralling part of the book for me will have to be the questions “How the hell will they get out of this situation?” & “How will they execute their schemes?” that were present through the entire plotline. It’s ingenious how Scott Lynch implemented the lies, heist, all the moving parts and schemes after schemes filled with humorous, crude yet eloquent dialogues which I can’t ever seem to get enough of.

Imagine what Kvothe the Arcane would say to that? Locke would probably fart and said he knows The Name of the Wind if they ever met.

All the parts I discussed just now are more or less the same as the greatness we received in The Lies of Locke Lamora and so come up the question: “what make this book so different from its predecessor?” Pirates, the last half of the book took on a completely different atmosphere with its seafaring, piracy, and naval warfare. Don’t get me wrong, despite being in a ship most of the time, there are still a lot of lies and schemes going on and I admit, I’m not too fond of being in the sea too long since there’s nothing to look at in the world-building during this duration other than, you know, the sea. However, Scott Lynch managed to make it so fun to read with the never ending problems that arises the longer the Gentleman Bastards are there. Plus, the amount and quality of the actions piece in this book are superior to the previous book in my opinion. Thrilling actions during the naval warfare and great climax scenes are all there and they, in my opinion killed the boredom that should’ve been caused with the setting completely. 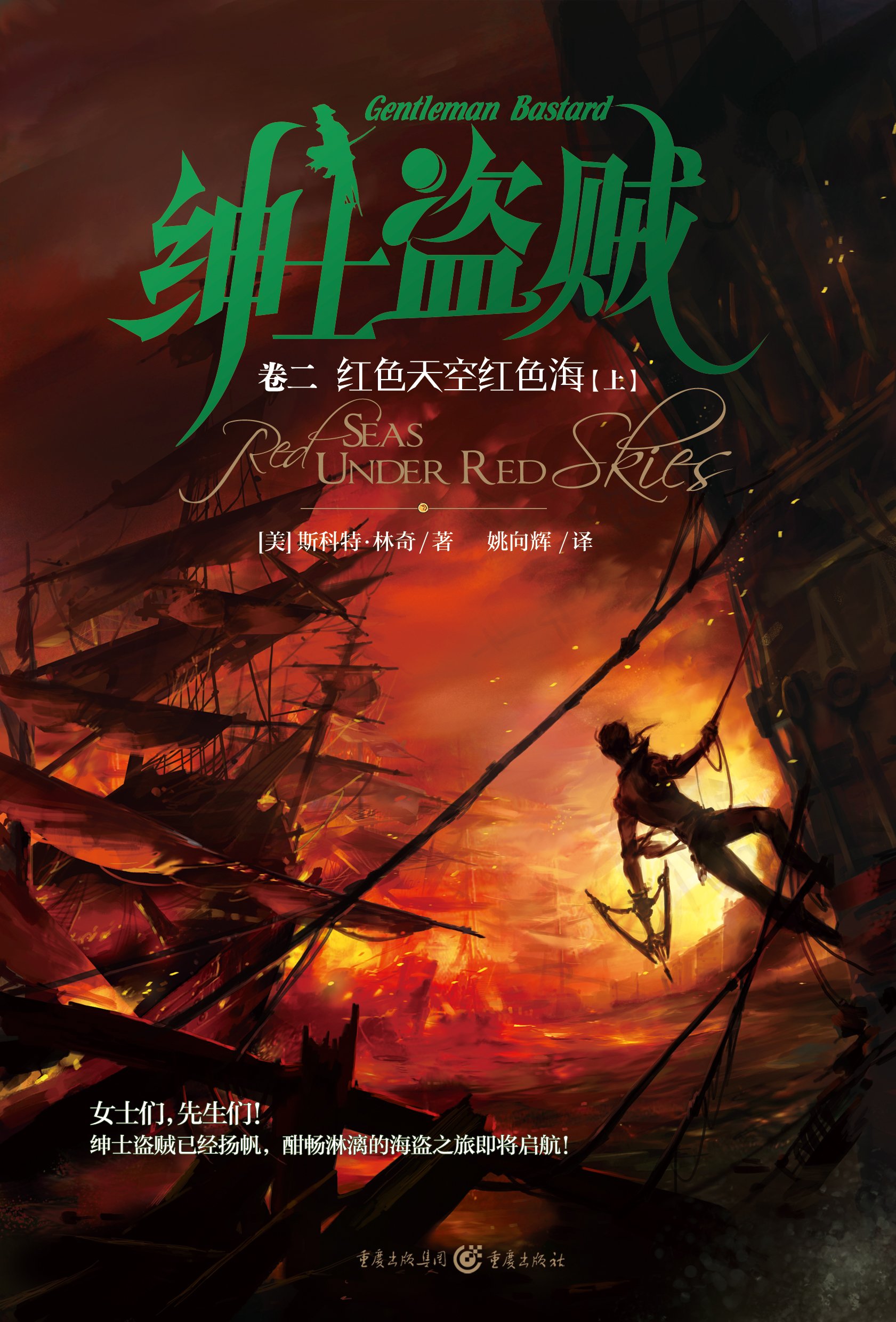 Now, let’s talk about the best part of the book, the characters. With the second book finished, let’s just say Locke and Jean has become one of my favorite book duo/bromance of all time. Their friendship, loyalty, banter is without a doubt the best part of the book or maybe the series itself for me, even more than the schemes and heists. Their banter and interaction completely give life to the book.

Whether it’s the humorous interactions,

“Worst of all, the inner vault is guarded by a live dragon, attended by fifty naked women armed with poisoned spears, each of them sworn to die in Requin's service. All redheads."

"You're just making that up, Jean.”

Or the heartwarming one.

“ I want to hug you. And I want to tear your gods-damned head off. Both at once."

"Ah, near as I can tell, that’s the definition of 'family' right there.”

The Gentleman Bastards aside, all the other characters are replaced with a completely new cast of characters. This doesn’t mean that the new characters are poorly written, Zamira Drakasha and Ezri Delmastro are both a fantastic addition to the story with them being the strong and compelling female characters which the first book don’t really have.

Slightly third person omniscient, the writing is the same as before and honestly speaking, omniscient narrative is actually my least preferences of narrative but ever since the first book, Scott Lynch managed to do it without losing any of the characters personality through the abundance fantastic dialogues. Sadly, this brought me up to the same minor problem I had with the first book. By doing this kind of narrative, the world-building sections are can get really info dumpy at times. This is especially true during the first half of the book where the explanation lasted much more than necessary and it’s really hard for me to pay attention during these parts. Luckily, again, it doesn’t diminish my overall experience too much but it’s still a minor problem I have with the series and why I didn’t rate it a full 5 stars.

Overall, Red Seas Under Red Skies once again proved Scott Lynch’s capability in writing a great book with unique high fantasy story, compelling main characters and beautiful settings. It’s another must have addition to the Gentleman Bastard Sequence series and in my opinion, of equal quality with the first book. I know it’s been almost 10 years since the release of this book but hey, better late than never right? So chop-chop for those of you who haven’t started yet!

I highly recommend this to anyone who’s looking for a unique high fantasy full of swashbuckling, friendship, hilarious and captivating dialogues, heart-wrenching and thrilling moments yet at the same time remaining highly fun and enjoyable to read.