-For postponing reading this book for a really long time.

-For underestimating Scott Lynch’s capability to create such a strong debut novel.

"There’s no freedom quite like the freedom of being constantly underestimated.”

Together with 'The Name of the Wind' by Patrick Rothfuss and 'Malice' by John Gwynne, The Lies of Locke Lamora, the first book in The Gentleman Bastard Sequence series is one of the best DEBUT novels I ever read. Don’t get me wrong, the series I mentioned are completely different with each other but in terms of debut quality, I love and praise them equally. 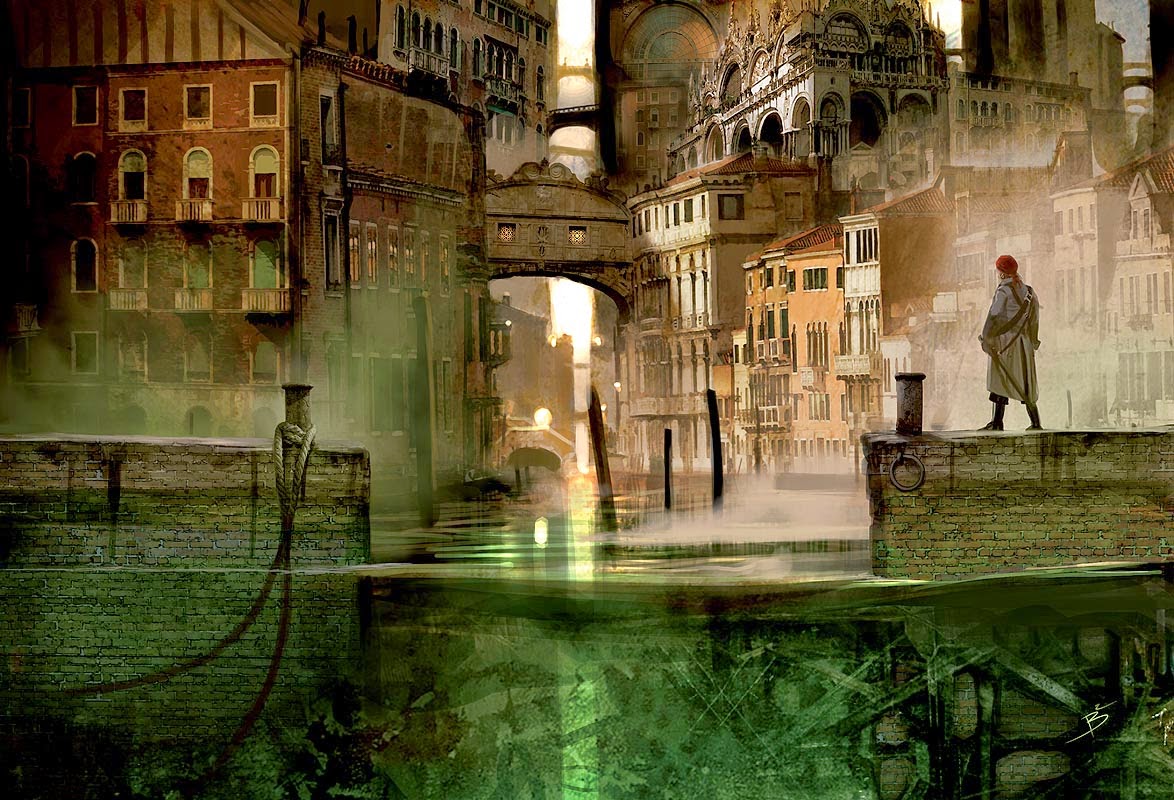 The plot of the book started out slow and at the same time, with a bang. Following a group of elite con artists called The Gentleman Bastards, lead by their leader Locke Lamora (the infamous Thorn of Camorr), the story begins with the gang trying to pull off the biggest heist they ever attempted before eventually getting caught up in something much bigger than they signed up for. At first, the book is really full of dark humor and may seem light-hearted but then as the story progressed, the undertone of the story became darker as the plot’s complexity and intensity grew gradually leading towards a marvelous climax sequence. Scott Lynch has created a multi-layered story filled with the whole package required for a masterpiece within one book, I really think this book could work greatly as a standalone but for it to be a series? it's really a fucking bonus. Although this book is highly plot driven, please don’t let this trick you into thinking that the characters aren’t well written or scarce in development.

The book is structured in a similar way to ‘The Kingkiller Chronicle’ where the narrative shifts between the ‘present’ and ‘past’ sections. However, contrary to KKC, this situation happened really often and Scott Lynch used the interludes as the ‘past’ sections. These interludes are at the end of almost every chapter and it’s where all the character background, personality, developments and some aspects of the world-building were explored. The juxtaposition of these two narratives created a superlative result in bringing not only a greatly written story but also a very addictive pacing. Seriously, it started out a bit slow but after around 100 pages mark, it was pretty much impossible to stop reading as the plot thickens. I actually read 300 pages of the book in a day right after getting back from work, sleeping hours were sacrificed and did I regret it? No, I’ll gladly do it again during my reread of this book.

Picture: The Gentleman Bastards up to no good. (French edition cover) 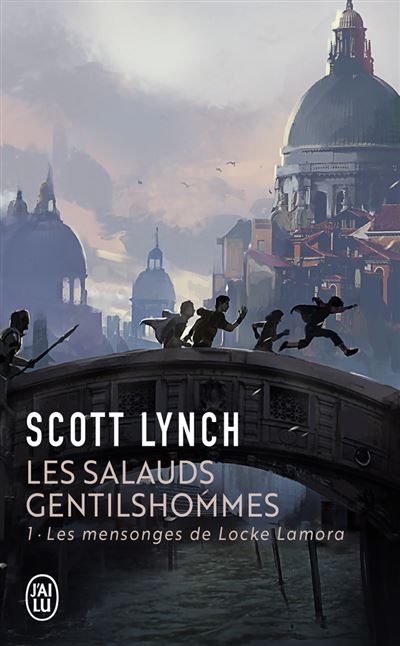 The Gentleman Bastards is probably one of the most compelling gang I ever had the pleasure of knowing out of every medium I ever experienced. Consisting of six members who were trained by Father Chains, Locke Lamora, the garrista (leader) of the group, Jean Tannen, the brute, Calo and Galdo Sanza, the jack-of-all-trades identical twins, Bug, the overlooked young apprentice and Sabetha (doesn’t make an appearance in the book), their genius schemes, brotherhood and interactions is an immensely fun experience to read. Within the first 100 pages and I'm already in love with the members of the gang already. It’s a also rare occurrence that I literally laughed out loud during the usual high fantasy books I read but these characters managed to do it several times throughout the book with their amazingly humorous banter. I was going to put a quote here but I seriously think it’s better for you to find out by yourself, they’re all golden. I need to give a bit of a reminder about Scott Lynch’s prose. There’s a myriad of swearing, cursed words, and mockery I never even had the imagination to ever think of, this book is pretty much infested with them. I personally love them because believe it or not, they’re really eloquent, full of sass and apt for the overall story and setting of the book. The prose in every factors of the book is very intricate, the heists, the BLOODY actions, the dialogues, politics but most of all, it’s really evident in the world-building aspect.

I can’t stress this highly enough, the world-building in this book is really detailed. The entire setting of the book took place in the city of Camorr, which are clearly based on Venice with its canals and lights that illuminate the city during a period of time called Falselight. The setting itself, mixed with elements of fantasy is really gorgeous and breathtaking. With the addition of the bloody history of Camorr, the stylish fashions and the intricate description on food and liquors appearances and tastes, Scott Lynch did a really fantastic job in its world-building. However, this is also the only factor in the book where I had a minor problem with. Some of the world-building aspects can be really info dumpy that it hurts the pacing a bit when it happened cause I should reread the paragraph sometimes. Luckily, when it’s there, it’s always only for a short section before the pacing is back in full throttle again.

I could tell you that this book is overrated or it doesn’t meet my expectation but that statement would be called ‘The Lies of Petrik Leo’ since right now, not only that I personally think it deserved the fame it gets, The Lies of Locke Lamora is one of the best debut novel I ever read. It will be really hard for the rest of the series to top this one but I'm eager to find out, soon after posting this review. Hopefully the rest of the series will continue to awe me the same with its ingenious content that never fails to steal my attention from cover to cover. This is a great tale of avarice and brotherhood you don't want to miss and I absolutely recommend this for every reader of adult high fantasy that’s looking for something original, engrossing, bloody and fun in their read.

-Locke Lamora is one of the best name I ever heard in my entire life.