Let’s get the two most asked questions about this book out of the way first.

1. Is this book geared towards YA audience?

No, it’s not. The only thing that fits the YA genre on this book is that Darrow’s (The MC) age starts at 16 years old in the beginning, that’s it. Everything else from the writing, plot, world building are definitely in adult territory.

2. Is this book really similar to The Hunger Games?

I’ll be honest here, there are some similarities especially during the competition and I really don’t like The Hunger Games series. Now, the right question would have to be “are they in the same league with each other?”  My answer will have to be absolutely not!

Putting Hunger Games in the same league with Red Rising in my opinion is a major disgrace to this book. Red Rising make the Hunger Games looked like child's play, not only the story is much darker and brutal, Darrow will probably obliterate Katniss in a fight and he’s much a better protagonist compared to her. Enough about the comparison though I’ll get on with my review now.

Without telling anything about the story itself, let me tell you that this tale is done from Darrow’s 1st person POV and it will tell the story of how he will achieved his revenge after what happened to him in the beginning of the book. There are rage, politics, love, vengeance, sadness, hierarchy, racism and slavery in this book, I’ll say this once again, this book is not YA. There are some rape and hint of cannibalism that I don’t think are suitable for younger audience.

The characters in this book are really easy to get attached to. It’s only the first out of the trilogy and yet I can’t help myself but truly feels for them ever since the first 70 pages. It’s really hard for me to like a series done from 1st person perspective as almost every YA Sci-Fi Dystopian books or movies I read and watched consists of angsty whiny teenage female who always goes "wahhh wahh wahhh I’m a monster wahh wahh ooohhhh two guys like me what to do what to do wahhh wahh” shut up, buy some Pizza and stuff them in your mouth for god sake.

Darrow as a MC is not any of those at all. He’s a complex person filled with rage and at the same time full of love for his people and friends. He’s not afraid to get things done when needed and he does not fall in despair but instead decided to shape his own future by finding his own strength and fight for everyone.

“The measure of a man is what he does when he has power.”

Conflicted with his main mission and love towards his new friends, I really can’t wait to see how his character will develop further and see the progress of his relationships with the other fantastic side characters, Eo, Mustang, Cassius,Dancer, Mickey, Roque, Pax and especially my favorite (and probably everyone) Sevro. 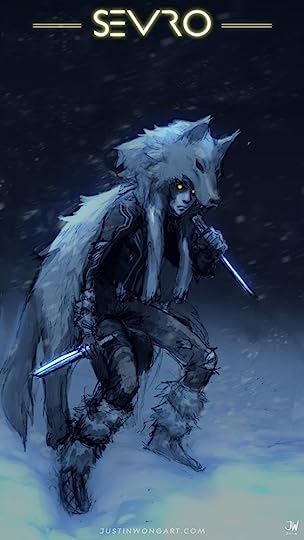 None of the things I mentioned above will make the book worked for me without Pierce Brown’s writing style. I absolutely love his writing style, it’s easy to follow and the pacing is bloody perfect. The book is fast paced, it’s really easy to read for me and the words he chose are so raw, full of rage and brutal yet poignant at times. Almost every scene, whether it’s the great action and strategy sequences or even when the characters are just talking with each other could really pump my blood and filled me with adrenaline. Words like hatred, vengeance, justice, rage are often used that it really reminds me of a video game series I really loved following Kratos in his tale of revenge called God of War.

The only minor problems I have on this book are in its world-building aspect. This factor is really good and I think Pierce Brown managed to create an atmospheric world but it fall a bit short for me during the 2nd part of the book. I wish the area where the competition took place doesn’t really feel like Earth since it took place on Mars but it truly does. However, most of all I wish some of the terminology used here could really be given more detail. There are a lot of terms and devices unique to this world that are simply mentioned and never explained clearly, it’s truly up to us the reader to create our imagination based on the name and vague description that it will take a bit of time to get used to.

There is a really high chance that this series will go down as one of my favorite series of all time depending on the sequels. The first book out of the trilogy is already really great for me and I really enjoyed reading it but literally everyone who read this series told and reminded me that the 2nd and 3rd book is superior which bloodydamn excites me. Without the minor problems I mentioned this book would’ve been easily a 5 for me. I highly recommend this series to anyone who’s looking for a great sci-fi dystopian story that doesn’t consist of any YA tropes and are filled with great plots, brutality, well paced, fantastic characters and development. This is basically Hunger Games of Thrones in Mars for new adult and adult audience and I really ended up loving it more than I thought I would.