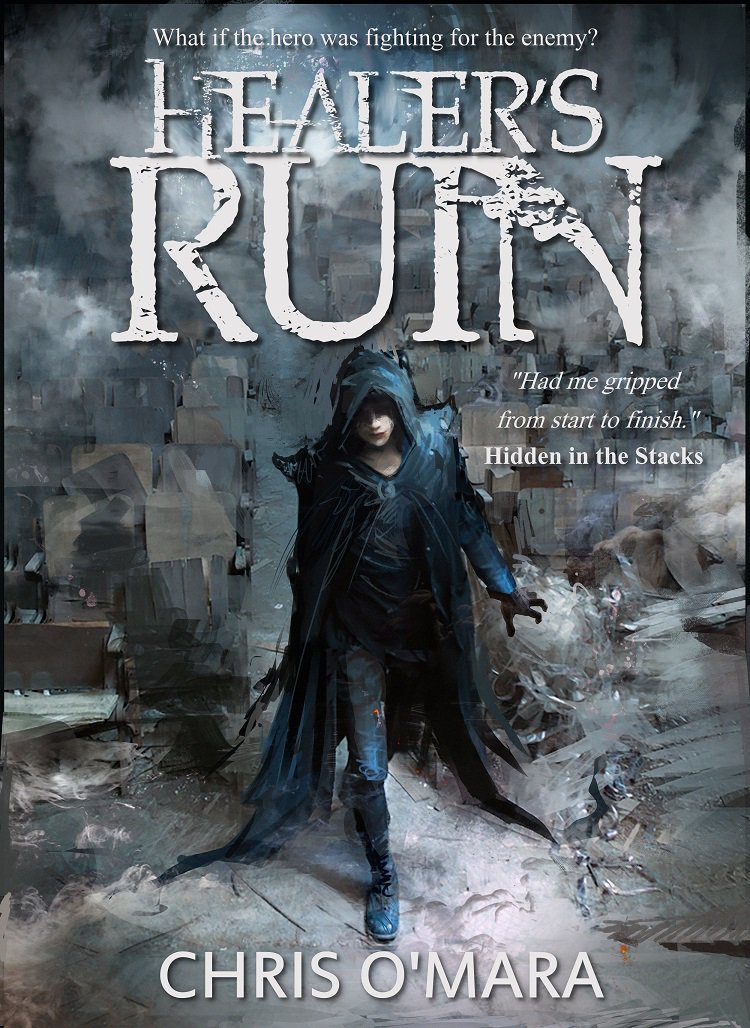 I'm an indie fantasy writer living in the South East of England. I have two crazy kids and love grunge and alt-rock, anime, the MCU, tabletop wargames and I'm an absolute nerd for Romanticism and Modernist literature - especially the emotionally and intellectually overwrought poetry of dead people. So yeah, I'm cool.

Healer's Ruin, and although I've written another novel since, this is the one I'd like to submit.

I wanted to write a story from a different perspective. I was coming across a lot of fantasy that focused on heroes that were unstoppable killing machines, and I was fascinated by the idea of coming at it from another angle entirely. Also, I wanted to see what a cataclysmic fantasy war was like from the point of view not of the super-powered saviour character, but of someone witnessing the clashes between that saviour and the invading army. I was also interested in manic depression, for personal reasons, and how that might manifest itself in the duality of the protagonists. But that's a little pretentious, I know. So the judge should maybe expect a bit of that, too!

I think it probably will, because I think it has a very strong emotional centre. But as long as the Judge enjoys it, I'm happy. It would just be an honour to appear alongside so many awesome writers.

I love the craft and the community, and this is a great way to stand together and support other creatives. Missed out on last year's, hopefully won't miss this one!

Absolutely. One project took up the last 18 months or so, and is going through a pretty rigorous editing process. It's a tale of betrayal, single-minded revenge, and the cost of this process to soldiers, civilians and gods.

Right now, I'm working on a pretty grim Lovecraftian fantasy novel, which is grislier than my work usually is. But I think it's solid.

In the background is a thousand-page opening book in a trilogy that I plan to submit to an agency once I've made it beautiful. We'll see!

I want to say thank you for running this, it really brings the community together and helps us all focus on the craft and genre we love. I just want people to read books they enjoy, maybe discovering new authors along the way.

I think we dwell too much on encumbrances of the corporeal variety. A swallow yoked into transporting Steven King hardbacks may still fare better in some sort of swallow speed and endurance contest than a swallow laden with the guilt of past misdeeds.

I overthought that. Sorry. But I'm also right, so...

Editor’s Note: There is great wisdom in your answer. A pity the laden swallows will not appreciate it.

Good luck with the competition Chris, and with the three (3!) projects you’re currently working on! Lynn has reviewed this one already, over here -- she seems to have been quite pleased with it!