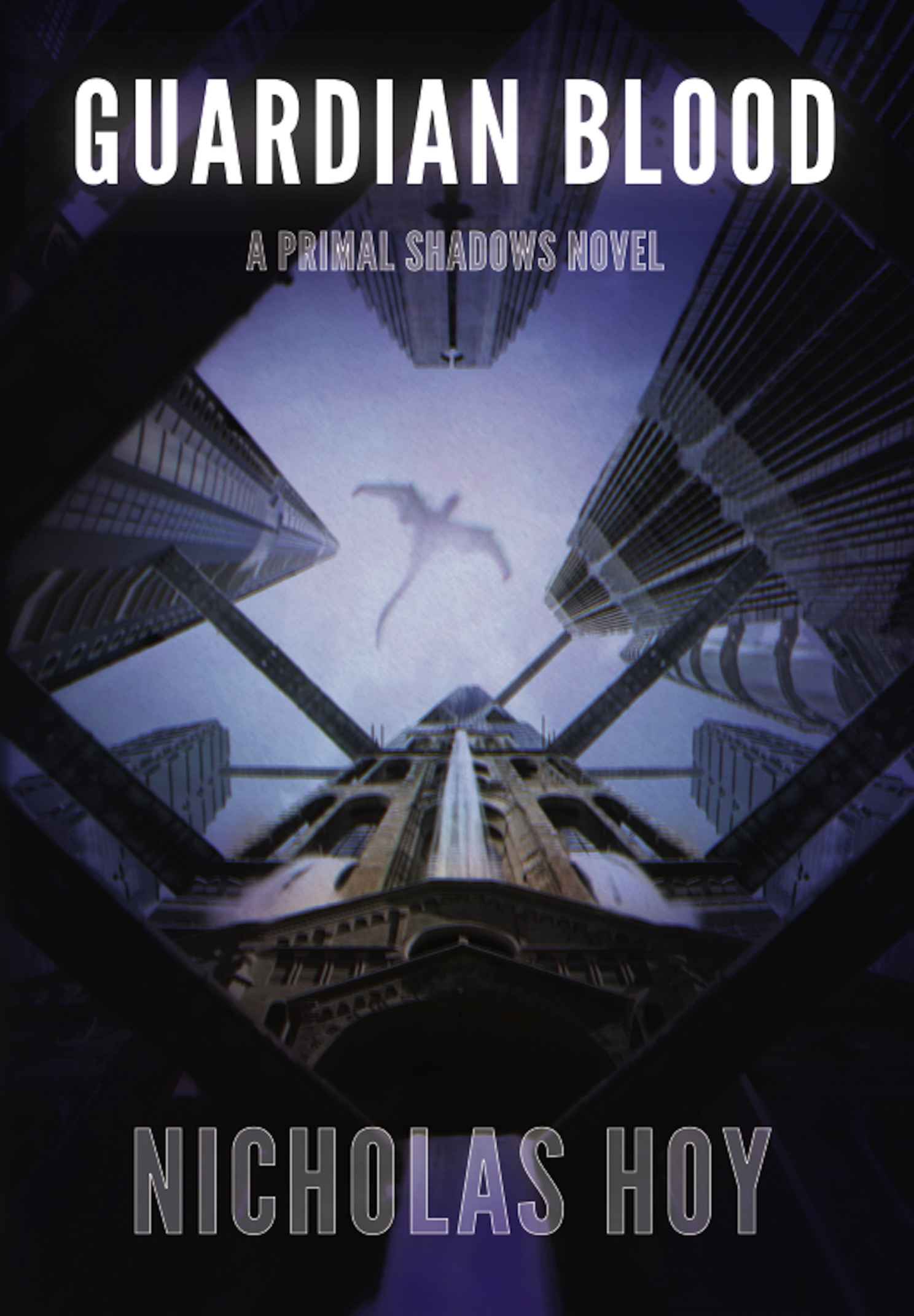 I'm a teacher, father, husband, and full-time fantasy/science fiction geek. I'm a lifelong adrenaline junkie and thrill seeker. My four years in the Air Force only added to my love for flying and adventure. My wife and I share our home in Alaska with our growing family and never-ending collection of escape bricks (books). GUARDIAN BLOOD is my debut novel.

Editor’s Note: Escape bricks are a wonderful synonym for books!

Guardian Blood - Book 1 of Primal Shadows. Yes, it is my debut novel.

Set in a world of mages and tech corporations built upon layered cities shooting up into the sky.  The more powerful mages live higher up in the city and the weaker ones live closer to ground level, where they will never even see the sun, due to the miles-high skyscrapers.  And the rarely seen humans that exist in this magical world serve as the slave class.

Em 19: a Tech (magically-infused technology) smuggler.  Best in the business.  Brought up on the deadly streets of Low-Town, a world of eternal night.  Drowning in debt, she takes a risk and heads topside.  When a quick score explodes into chaos, Em’s flight for her life lands her right in the middle of a conspiracy spanning back millennia to when humans still ruled the world.

Yes, because it's fast-paced, original, with a kick-ass protagonist, a strong band of stragglers, and plot twists that keep you guessing until the end.

In a pocket realm that only Phase Mages can access.

Mark Lawrence mentioned it in a reply to an email I sent him thanking him for his works and for inspiring me to give writing a go.

I'm working on two at the moment: Book 2 of Primal Shadows (The sequel to Guardian Blood), and book 1 of an epic fantasy adventure set in a world of ancient races and even older magic.

I would just like to say thank you for doing this. The SPFBO is the ultimate writer's stimulus.

Well, I say, what an excellent question. Unfortunately, it depends entirely on whether the swallow hails from Europe or Africa. Are migration patterns a factor?

Editor's Note: Thanks for joining us, Nicholas. The very best of luck with both projects you're working on, as well as with SPFBO over the next couple of months!