Hi! I'm a second-time entrant to the SPFBO. I like to write female-led SFF adventure, especially stories that combine the mundane and the fantastic in unexpected ways. I'm a Navy wife and mother of two small boys.

Sea of Lost Souls. It's my fourth novel.

Sea of Lost Souls will defy easy classification. It has the basic bones of a modern war drama, but it features a paranormal cast of ghosts, strong Jewish motifs, and characters from Greek myths.

Editor’s Note: We’ll hold you to that, Emerald. 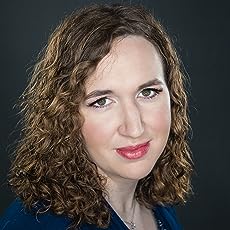 If I tell you, then I'd have to kill you, and I've promised myself that those days are over.

I entered last year and enjoyed the camaraderie and networking.

I'm working on my foray into science fiction, Kingdom in the Fog, as well as Sea of Lost Souls' sequel, House of the Setting Sun.

Thank you for the opportunity!

Hell if I know.

Editor’s Note: Hah! We did it! We broke the Monty Python chain!

Thanks for joining us, and we wish you the best of luck with both the competition and your future projects.