My review will most likely contradict my rating but seriously, this is not an easy book for me to review. I have several problems with it and yet I can’t help but love this book.

Fool’s Fate is the conclusion to the Tawny Man trilogy and as far as I know, it is by far the most highly praised book among Hobb’s big fans. Honestly speaking, the praises did affect my expectation on this installment a bit. Considering how the majority of the fans—especially booktubers—claimed this is by far Hobb’s best book, I expected more out of it and I was slightly disappointed by how it turned out for me. Don’t get me wrong, my rating should speak for itself already on how much I love this book despite the flaws and slight disappointment. Regardless of the negativities, let it be known first that I love this book, just not as much as I expected to.

“When people look most vicious, what you are seeing is not their animal side. It is the savagery that only humans can muster.”

Fool’s Fate continues immediately from where The Golden Fool left off. Fitz and the gang embarked on a quest to Aslevjal, located in Out Islands in order to kill a dragon. The premise may sound simple but a lot of things happened during this quest. Every character and their own mini factions have their own hidden agendas and motivation in this quest. We as the reader know what each of them is and waiting for the moment when they all will clash was worth it. Fool’s Fate is also the first book where I think Hobb finally nailed writing great action sequences. When you think about the sizes of this book, the action sequences lasted for less than 100 pages but it was thrilling and gripping while it last. 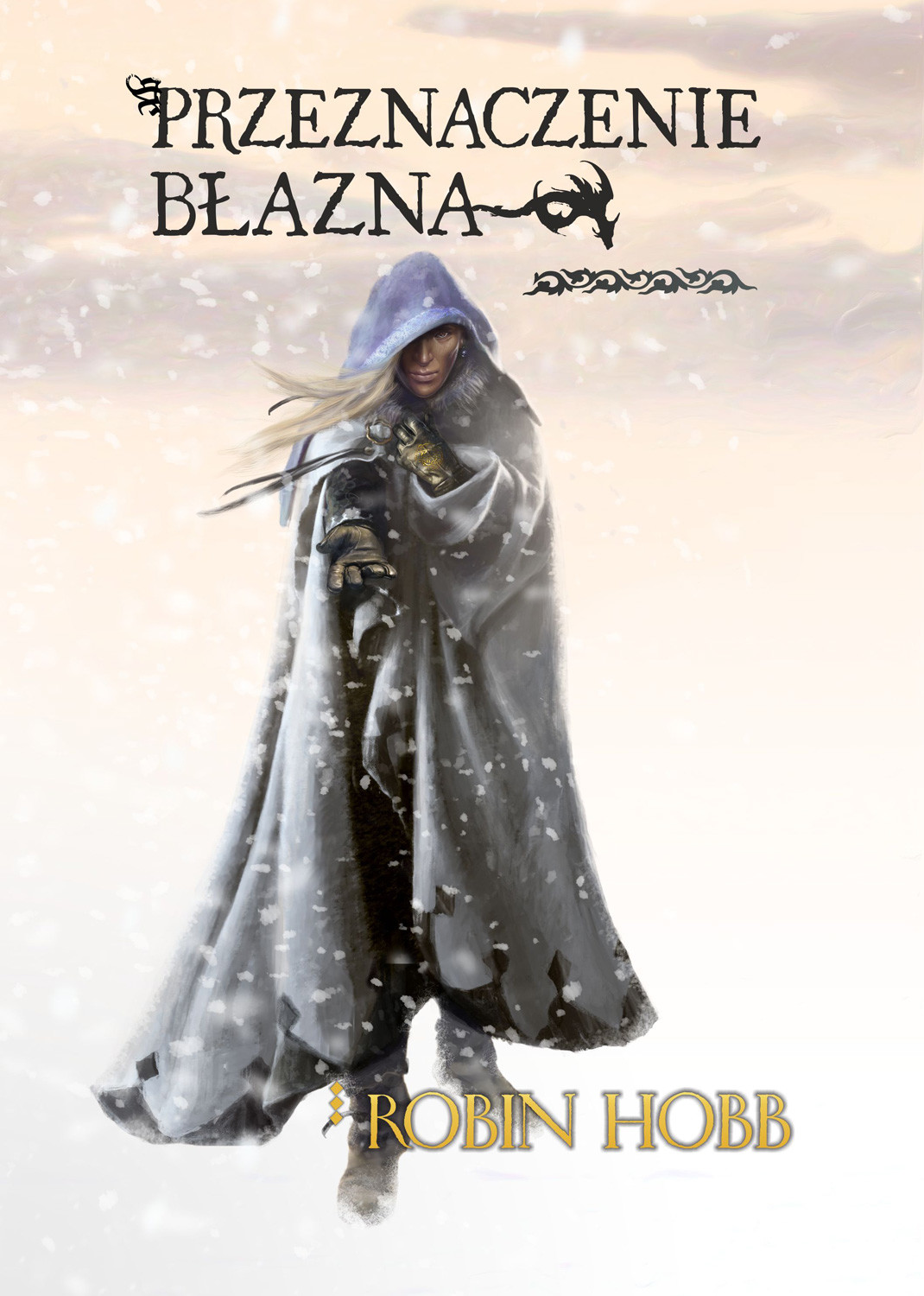 This installment has made The Fool one of the best characters I’ve ever read. His developments, his personality, his love towards Fitz, I really can’t stress this highly enough. The world building was also fantastic in where Hobb interweaved all the lore and plotline from the all the previous eight book with this one. The scale of the story is quite epic, with one large scale battle, a huge cast of characters, mythical creatures, and a LOT of magic usage; it’s seriously a high fantasy. Prose-wise, once again Hobb improved her writing (insane, I know). I really think that when it comes to prose, Hobb is one of the best writers in the genre. Her ways with words are just incredibly immersive and evocative.

“Sometimes it seems unfair that events so old can reach forward through the years, sinking claws into one's life and twisting all that follows it. Yet perhaps that is the ultimate justice: we are the sum of all we have done added to the sum of all that has been done to us. There is no escaping that, not for any of us.”

Now I’m going to mention the parts that didn’t work for me. There are three major points and remember, I still love this book despite these.

First, once again, pacing and repetitiveness. Chapter 6-12 were repetitive and draggy for me. Here’s how it goes, Thick get seasick, they arrived at one destination, Thick tried to recover from seasickness by resting and meanwhile Fitz and the gang do some talking and dreaming (literally). After that, they go on a boat again and Fitz has to drag and force the not-recovered yet Thick. Thick doesn’t want to but end up being dragged anyway. Thick got seasick, angry again, arrive at a destination, Fitz and the gang do some shit and dreaming, goes on a boat dragging the angered Thick again. This goes on for 200 pages (UK paperback edition), it was just unnecessary long, it could’ve been easily done within 100 pages at most, heck even 50 pages. Once Fitz and the gang arrived at Aslevjal in chapter 13, this is when the book’s quality became golden until the end (see what I did there?)

Next, The Skills. I wish there was less focus on this magic system. This isn’t Brandon Sanderson level of magic systems, oh yes it’s intricately written and it has been explained more than a thousand pages throughout the series on how it works but I still can’t get over the concept that this magic is a deus ex machina plot device. No matter how many rules were put, Fitz always somehow able to bypass them all. I love The Skill so much more when it was used only as a magical telepathy: holds conversations from far away and influence other people’s thoughts. Now? It has become an Inception and don’t even get me started on how uber powerful Skill-Healing is. The concept of Skill-Healing can be tweaked easily by Hobb and if she wanted to, this magic system could prolong the series up to an infinite number of books. It IS that powerful. I’m more of a fan of Wit magic system, the repercussions seems to be more evident in comparison to Skill.

Finally, the ending, this is where I’m so damn conflicted. I loved and absolutely disappointed with how it ends. Hobb obviously wrote this book with the fool intention (see what I did there?) of ending Fitz’s storyline here. I mean, the ending itself goes on for more than 100 pages and it concludes everything that started since Farseer trilogy. It’s overall a satisfying one, beautiful, poignant, and everything has been resolved, Hobb even goes out of her way to tell what happened to each supporting characters in this trilogy, which is something I absolutely appreciate.

“Home is people. Not a place. If you go back there after the people are gone, then all you can see is what is not there any more.”

But do I like it in overall? Yes and no. I can’t tell you much without giving away major spoilers, the most I can give is that the relationship that revolves around this female character is just one of the most disappointing and aggravating relationship I’ve ever read, out of anything. It’s even a bit disgusting in my opinion, I’ll even take reading Lannisters incest relationship over this, at least with the Lannister I know they’re not right in their head since the beginning. Let’s just say that I’m delighted that Hobb decided to continue the series because I don’t think this is the perfect end for Fitz's story.

As I mentioned several times already, I have a lot of problems with this book but I still love this. It’s extremely well-written and I think the majority of Hobb’s fans will easily think of this book as a 10000000/5 stars book. I didn’t expect this to become one of the very few 6/5 stars books on my personal shelves, but I did expect this to deserved a full 5 stars rating. However, I simply can’t. The last time I felt this conflicted about a book was probably for The Wise Man’s Fear by Patrick Rothfuss. Same as that book, despite the flaws I had with it, I loved it regardless. I have a very high criteria for putting an author on my favorite author list, there's no doubt that Robin Hobb is a fantastic author but considering that I’ve read 9 books + 1 novella in her Elderling series and only Fool’s Errand received a full 5 stars rating, I just can’t put her into my favorite list yet. I hope the last two series in her series, Rainwild Chronicles and The Fitz and the Fool can change this situation. I’ll be taking a one or two weeks break before diving back into this world.

More in this category: « The Stand The Golden Fool (Tawny Man #2) »