Sabriel is a captivating and original tale of destiny.

Does the walker choose the path, or the path the walker?

I picked up this book because Brandon Sanderson recommended it in his review for Goldenhand, the 5th book in the Abhorsen series.  He termed this as "one of the fundamental experiences that helped me shape my philosophy on magic systems and worldbuilding."  With such an endorsement from my favourite author of all time, I cannot possibly pass over this book.  And I am glad that I didn't.

As a novel categorised as young adult fantasy, Sabriel is a well-crafted tale with all the necessary elements which make fantasy so enjoyable, be it for the intended target audience or more mature readers.   First of all, the Prologue hooked me right from the start.   It quickly establishes the notion that the titular character, Sabriel, is going to be someone special together with a glimpse of this world's magic.   The narrative then jumps ahead eighteen years where Sabriel was now in the final semester of her college studies when she discovered that her father, the Abhorsen, is in mortal danger and decided immediately to head into the Old Kingdom to try to rescue him.

Now, let's appreciate the worldbuilding a bit.  The Old Kingdom is separated from the modern world by a Wall, which keeps the Dead who wouldn't stay dead away from Ancelstierre.  And if you now start to think, "Hey wait a minute, isn't that similar to ASOIAF",  I would like to point out that Sabriel was published a year before Game of Thrones.

The modern world, Ancelstierre, is akin to our early twentieth century where there is electricity, motor vehicles and tanks, guns and ammunition.   And the magic of the Old Kingdom - both in the form of Free Magic and the Charter - gets weaker the farther away one is from the Wall which demarcates the boundary between both lands.  What is unusual is how the Old Kingdom appears as a completely different world.   Step through the gate in the Wall, and one experiences a time and reality warp of sorts, where for one moment one is in sunny and warm Ancelstierre and then the next, in a cold and wintry landscape.   Even the stars are several degrees off in the night sky, and time passes asynchronously to Ancelstierre.   Its name, the Old Kingdom, also alludes to the fact that with the existence of magic, modern technology had not taken hold in this land as it did just over the Wall.

I won't go into much detail and hence spoil the fun but I will mention that the two magic systems - Free Magic and the Charter - are anathema to each other.   The exposition of these two branches of magic is deftly woven into the storytelling, which avoided the dreaded info-dump.  There is an element of music in the magic of necromancy (i.e. bells) and the Charter that I found most intriguing and, for lack of a better word, cool.

Great worldbuilding and cool magic systems alone do not make a great fantasy book. Characters are the mortar to the bricks of good, solid storytelling.  Sabriel is a great protagonist who acts her age, has her doubts, is not infallible and feels authentic.  In other words, she is not perfect, and the author does not try to make her so.  Although she is quite special in her own right, the narrative does not focus on trying to hammer that fact into the reader's brains. 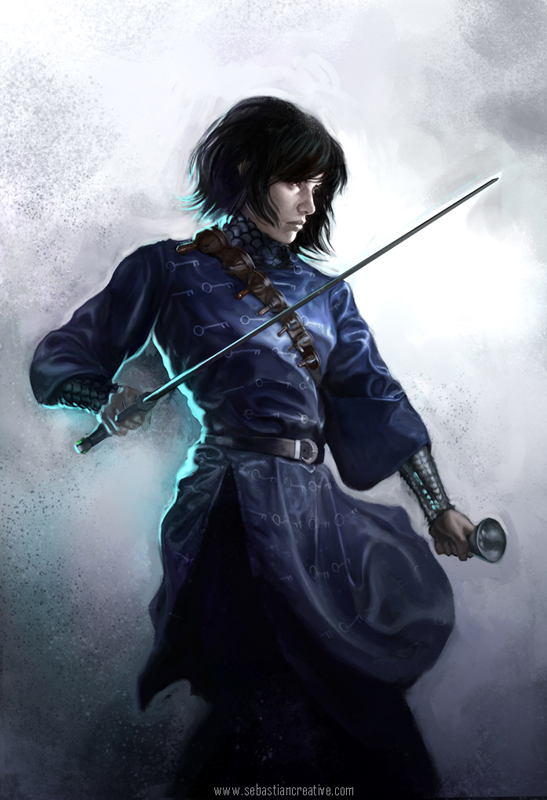 Without having much knowledge and experience required to survive the Old Kingdom in her quest to rescue her father, she has to rely on the assistance of an aloof cat, Mogget, and a young Charter Mage, Touchstone.   There is always something about animal characters, whether they are capable of speech or not and this one does, that elevates the reading experience for me.  In short, Mogget is superb.

If I have to pick an issue with this novel, it is the romance which felt like it came out of nowhere.   Fortunately, this only appeared in small doses closer towards the end, where the book concluded most satisfactorily with an exciting page-turning climax.

For a fantasy book written before the new millennium, I take the view that it reads just as well if not better than some of its present peers - YA or otherwise.   I look forward to continuing with the Abhorsen series and will recommend this to fantasy readers who are looking for well-written young female protagonists.

More in this category: « Blood of Assassins (The Wounded Kingdom, #2) Conclave »