Outcast and exiled, the demon Tarrik Nal-Valim has long been forgotten by the world of humans. At least, so he thinks.

But when he is summoned as a last resort by a desperate sorcerer, it seems as though his past has caught up with him. The sorcerer is Serenity “Ren” Branwen, the daughter of Tarrik’s former master—and friend. Though she seems cold, driven, and ruthless, Tarrik can tell that Ren has her back against a wall, and he is compelled by ferocious powers to obey her.

As their world sinks into a terrifying maelstrom of murder, intrigue, and insurrection, Tarrik is forced to serve Ren’s arcane designs—plans that, if they were to succeed, would resurrect unimaginable power and could destroy Tarrik’s entire race.

But as events unfurl, the lines between demon and master become blurred, and Tarrik realizes that Ren is not what she seems. To prevent utter devastation, Tarrik may have to surrender what he values most: a chance at redemption and an end to his exile.

And here's the cover! 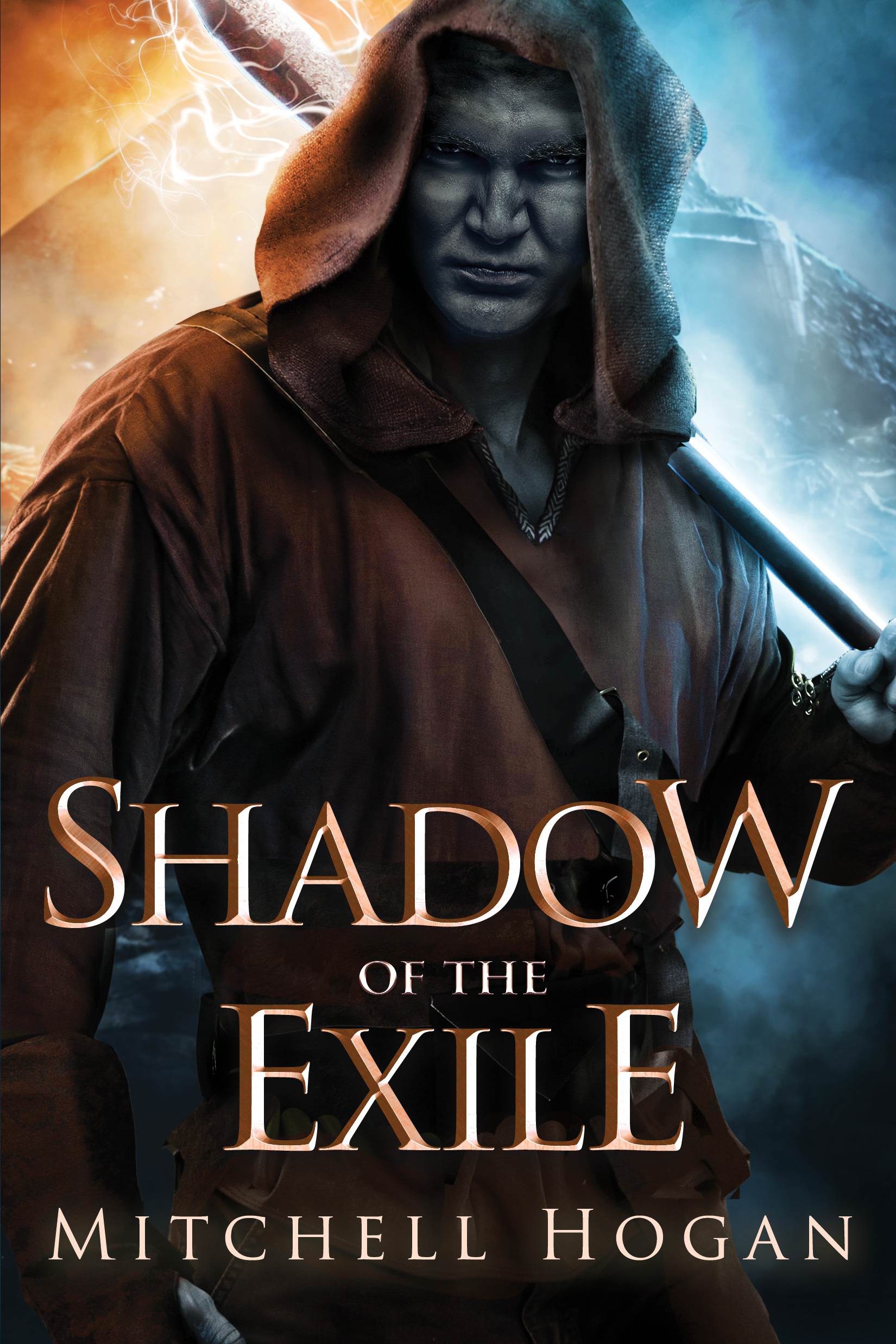 Here's what Mitchell has to say about the book:

SHADOW OF THE EXILE is a combination of a few ideas I had floating around in my head: A demon protagonist, a sorcerer desperate enough to resort to dangerous measures, and the fraught relationship that develops between them. Oh, and what would happen if a demon was powerful enough to reverse the sorcerous bindings that chained them and take control of humans…

I pitched a single book concept to 47North, and they liked the idea so much they offered a two-book deal. There’s only one POV — the demon, Tarrik — and I loved writing him and exploring his character. SPOILER ALERT: There are demons and sorcery and treachery and maybe just a little bit of violence.

With the cover there were a lot of things we tried, but adding all of the elements you want usually make a cover too busy, and in this case adding anything else seemed to push it over the edge. In the end we settled for including setting elements on the back cover, with glimpses in the background of the front. 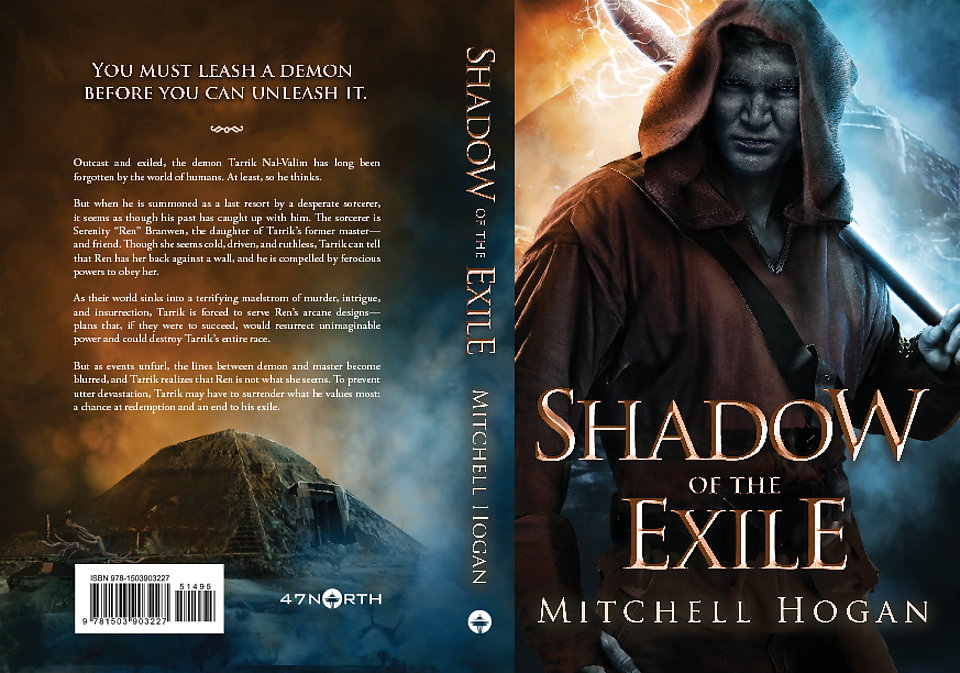 SHADOW OF THE EXILE will be released October 9, 2018 – the pre-order is already up. In the meantime, you can sign up to the author’s newsletter, find him on Goodreads and Twitter, and add this latest release to your shelves. Hogan's first series is the Sorcery Ascendant Sequence, which was self-published and then picked up by Harper Voyager after the first two books sold well, and the first novel in the series won the Aurealis Award for Best Fantasy Novel in his home country of Australia.