Al has written, among other things, a fantasy novel, theses on morality and freedom, a hell of a lot of book reviews and covered football (as in gridiron) for many years. He's a fan of philosophy, mythology, and generally anything considered nerdy. He also writes book reviews on alwroteabook.com.

05, Jul
Published in SPFBO 8 Be the first to comment!

I've read and reviewed quite a few SPFBO titles in my time, but this is my first year as a “judge, so colour me excited. I’ve six titles to read, only one of whom was written by an author I’m familiar with. I like to discover new authors, so I jumped in with A Company of Adventurers, more because it was the first in the folder of files than any prior interest in the story. So, enough with me, what’s up with the first book?

A Company of Adventurers is a standard epic fantasy, almost a LitRPG, with a group of disparate people off to save the world. We start with Talon, one of the finest of the titular adventurers, who has retired and fallen on hard times. Leaving his wife and young son at home, he heads off to seek a bounty that could solve all his financial problems. After a run-in with a rival gang, he meets a strange sorcerer who agrees to come on the quest. Fun story - I’m leaving the plot reveal here, as the story starts knocking out twists and turns that will keep you on your toes.

Okay, so let's get down to the important bit. I liked this a lot. Instead of a farm boy saving the world, this was a bunch of very disparate rivals going on a quest, each with their own motivations. Some are coerced, some are seeking family members and there’s even a somewhat clumsy love triangle just for fun. More importantly, early on you realise that no one is safe. The attrition rate for relatively fleshed-out characters is rather high, which keeps us on our toes. The plot tends to bounce around a bit, which may annoy some people, but I found it refreshing. It's almost like a bunch of unrelated stories are running side by side before falling into place near the end.

The wordbuilding, while not especially unique, is more of a twist on the norm. The adventurers, instead of being the heroes, are considered to be a blight and very much to blame for the woes of Kjeldale, including the much-promised orc invasion. Apart from orcs, the other creatures we come across are quite different to the norm, while the magic system brings a nice twist.

As I said, I liked this a lot, but it was a bit rough around the edges. It wasn’t in any way bad enough to make me through my Kindle into a fire (a Kindle Fire?) but in a competition like SPFBO one should have ironed these wrinkles out.

Read more...
Tagged under
Published in Al's Reviews Be the first to comment! 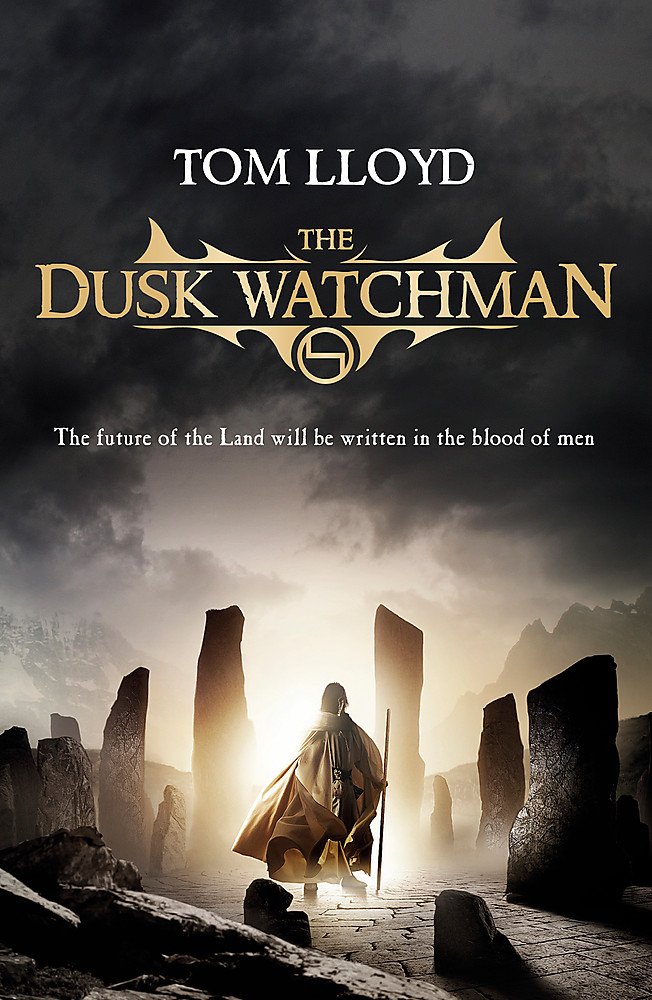 You know how sometimes on social media people ask us to name our favourite underrated book or series? The Twilight Reign is mine. While not every book in a series is created equally, this was a blast throughout, following a master plan to a satisfying end. This review is somewhat about the final book, but mostly about the series.

Disclaimer - I read this in September 2020, so forgive me if I’m a little hazy on some of the details. Also, I’ve been reading the series for the last 15 years or so.

So, what’s it all about?

The problem with a five-book series is narrowing it down, so try these, although they don’t even come close:

Pick one. They all fit, even the wishy-washy ones, but none are perfect, so we’ll move on.

Is it any good?

It is great. Not all the books are equal, but they are all worth a read as each plays a role in the big finale. I think book three is my favourite, but with longer series, it’s akin to having a favourite chapter. Isak, the main character, is a white eye, a genetic “deformity” that gives him great size and strength but also inspires hatred and fear in others, especially his father. The first book leads him to become heir to a kingdom, but his real purpose is far greater. Along the way, Isak is constantly pulled through the wringer but somehow maintains his path. The loyalties of his friends and foes switch often, many you (well, I didn’t) won’t see coming. Lloyd draws on a large repertoire of British mythology to fill out his world, so while the names may sound familiar, they are changed enough to appear new. The world itself is brutal, with warring factions on all sides, sometimes within the same boundaries, and the level of destruction is on a continental, if not a global, scale.

But wait! This all sounds very bleak and horrific, and it is. But war is bleak and horrific, yet the stories of the people and their efforts to come through in times like these shine through. Isak is the beleaguered hero of beleaguered heroes, yet some of his actions will anger even his biggest fans. His friend, King Emin, is a noble royal, yet he knows that sometimes dirty deeds must be done to save the day and has his own secret army for such missions. Every faction has its motivations - there are no real boo-hiss bad guys here - at least in my opinion. If you want a light and fluffy series, this is probably not for you. If you want a dark but ultimately rewarding series, then I heartily recommend The Twilight Reign. Also, any book with an awesome dog deserves praise.

An epic end to an epic series.

02, Mar
Published in Al's Reviews Be the first to comment!

Fun story - I remember when I started this book, the prologue was outstanding but was quickly followed by “introductory” chapters which encouraged me to move on to other books with pending reviews. A few months later, I went back to it and expected more of the same. I…WAS…WRONG!!! This book was not just epic, it was one of the best fantasy novels I have read in a long time. This is of course a bold claim, so let me try and convince you too.