The Desert Spear is totally a different kind of sequel from what I expected after my experience with The Warded Man, luckily, still in a good way.

Anyone who has read this book will know that there’s no way I’m not starting this review without talking about Jardir’s POV. Brett really took a risk with his storytelling direction here. Most authors—unless it’s a standalone series—almost always continue their sequels from the POV of the previous main characters; could be immediately or years after what happened in the previous book. Brett instead did a polar opposite by introducing a new coming of age story for Jardir, a character that was briefly seen in The Warded Man.

Picture: Jardir in the French edition cover by Miguel Coimbra 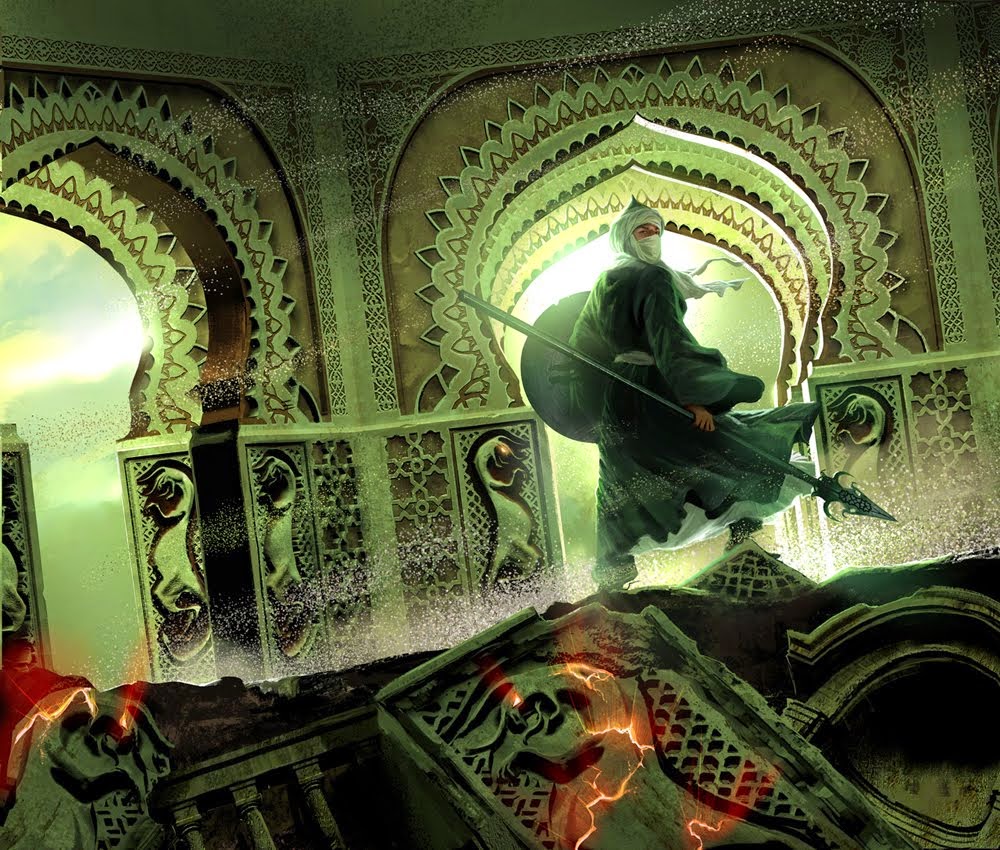 Honestly, I enjoyed reading some part of Jardir’s background; it provides a lot of depth to his character and most of all, his eventual importance in the main story that really required an in depth exploration of his personality. Plus, his POV also expanded the world-building of the series by giving detailed information on the city of Krasia’s (The Desert Spear) culture and its citizen’s way of living. From sharusahk (Krasian martial art) that has the touch of aikido or judo, to their Medieval Eastern inspired culture, and to their faith which totally resembled extreme Muslim, I found all of them unique and intriguing to read in a high fantasy series. Do note that I said unique and intriguing to read, it doesn’t mean I completely loved it because their culture is highly misogynistic; the people of Krasia treated anyone who isn’t a man or a warrior really harshly, either by enslaving or raping (both gender) them repeatedly. It’s even written in their law to follow this tradition and I found it incredibly hard to empathize with the citizens and kept on wishing for them to die.

Picture: The warrior of Krasia vs the Demons by Sassar Another problem that I had with Jardir’s POV, it’s too long, seriously, way too long. Jardir’s POV surmounted to a total of 200+ pages of the book, that’s more or less around 30% of the whole book, without any break from the start. This means that we won’t see the previous main characters POV for quite a while. In my opinion, there were quite a lot of parts that could be cut down to improve the quality of the pacing, or even better, mixed Jardir’s POV with the other characters instead of doing it in a full burst.

Once Jardir’s history came to an end, the rest of the book was a smooth sailing for me. Brett’s characterization towards his characters remained his main strength as an author and I thoroughly love reading the developments of almost all the previous characters, except Leesha which has become incredibly stupid and naïve in my opinion, especially with her attitude towards forgiving rapist.

Unlike the previous book where we only have three POV to follow, we now have eight. This is a great change because it gave more complexity and voices to the story. Arlen’s and Renna’s POV were definitely my favorite storyline of the book. Reading Arlen’s poignant contemplation on his decisions and what he has sacrificed in order to gain his power; Renna’s rise to independence—despite all the injustice that she faced—is something that I can’t get enough of. Not to mention, there’s a new POV from the perspective of the Demons that made the story and the upcoming sequels more interesting. 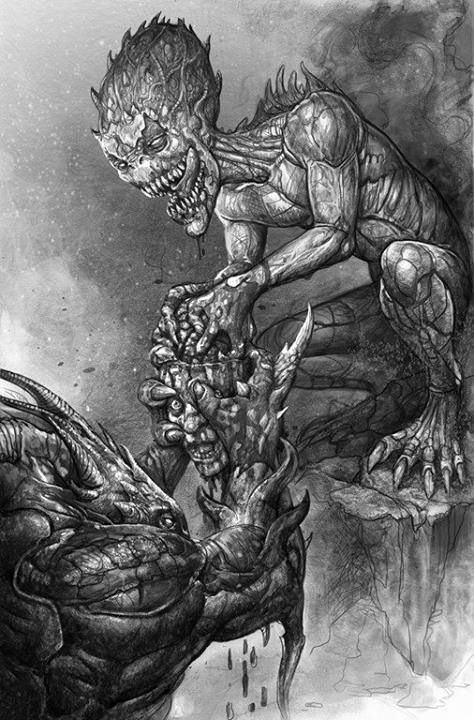 As a reader, in the books I read, I’m immune to all the things I’m going to mention soon, they don’t bother me. However, as a reviewer, I must state all the trigger warnings that could be disturbing for some readers to read, here it goes. This book contained sodomy, heavy parental abuse, forced incest, plenty of rape and as I mentioned before, misogynistic attitudes; these are all necessary for the story Brett is trying to tell and the characters developments, but I want you to know that these scenes are here when you decided to read this book.

In the end, surprisingly I still think of The Desert Spear as a great sequel despite some of the problems I had with it. There’s simply no doubt that I enjoyed reading it; this is due to Brett’s improvement in his prose which never fails to engage me even when some of the character's decision can be quite infuriating to read. Although inferior compared to The Warded Man, The Desert Spear is still a solid installment in the Demon Cycle series and I can’t wait to read the continuation to these characters story.