The Wheel of Osheim (The Red Queen's War #3)

The Wheel of Osheim is a great installment to say good bye to 'The Red Queen’s War' trilogy.

Like 'Prince of Fools', 'The Wheel of Osheim' brought my love for the series that were missing in the second book. 3 chapters in and it’s better than the entire experience I had with 'The Liar’s Key' already. The plot started out magnificently gripping, fun and compelling.

Same as 'Emperor of Thorns', there are two timeline to follow here. One that took place months after the end of 'The Liar’s Key' (this is the one that coincides with Emperor of Thorns) and another, that started straight after it. The narrative doesn’t shifts that often and it worked wonderfully in capturing my attention. The latter timeline gave me so many things to think about on the topic of Life and Death, Heaven and Hell. It was a scary and realistic thought, powerful and for this, I salute Mark Lawrence. 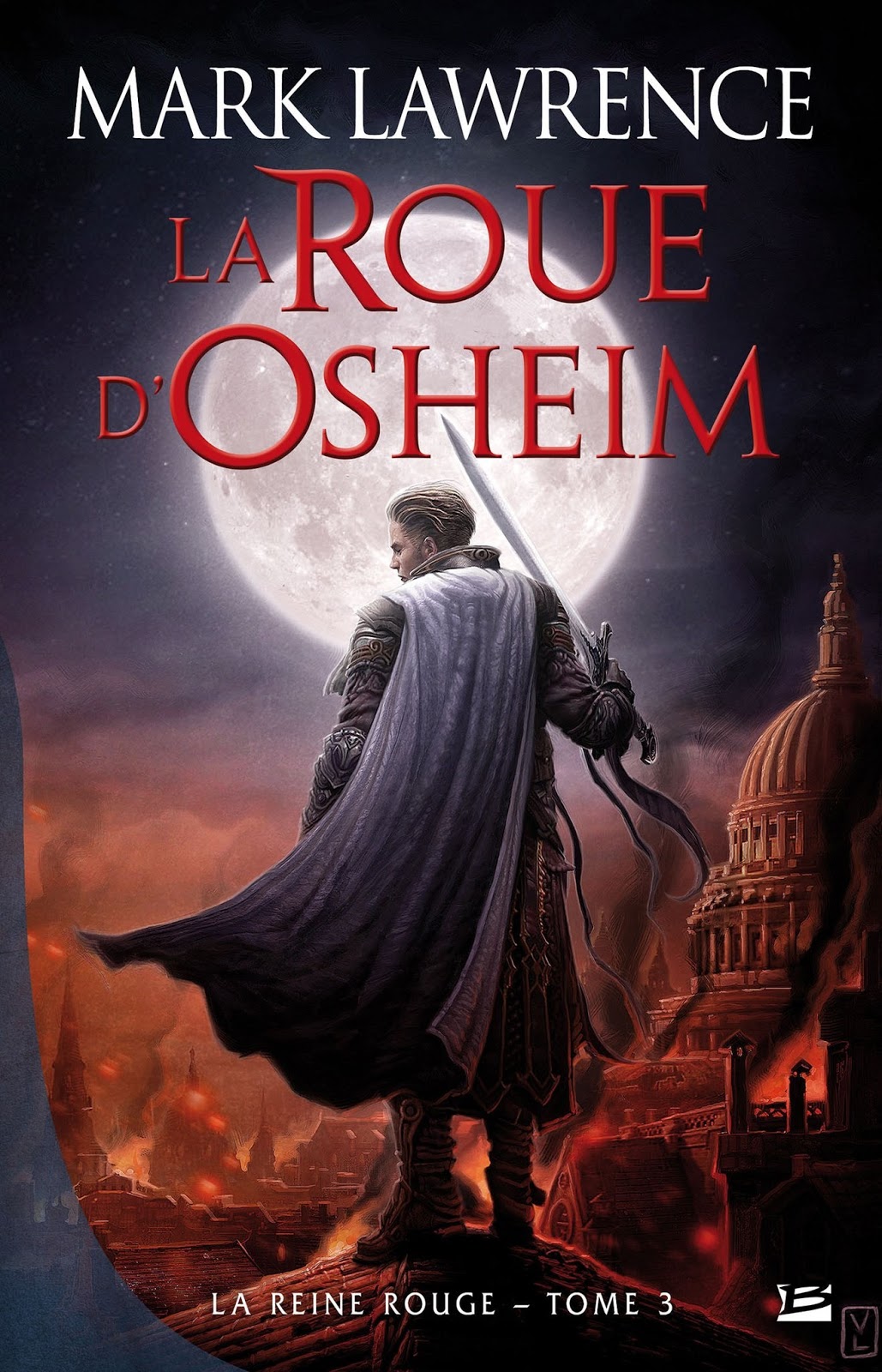 One thing to note though, my experience reading this book has increased significantly because I finished Broken Empire already. The cameo encounters that Jalan met here filled me with glee and satisfaction cause all of them gave a great culmination to all 6 books that Mark wrote in the same setting. One specific drunk encounter with someone from Broken Empire gave a superbly written character development to Jalan.

Although until now Mark’s books are a hit and miss for me, there’s no doubt that imo, Mark knows how to write amazing main characters. All three series of his that I read all contained a compelling main character, with two of them being the one of the most unique protagonists I ever read in the market.

Fun fact for you, in Indonesian language, all three MC's name that Mark wrote has a literal translation that matched their personality. (Probably just a pure coincidence, which made it even better)

Jalan = Jalan, pronounced the same (literal translation = walk, Jalan love to walk away from his troubles.)

Nona = Nona, pronounced the same (literal translation = lady, her personality in caring for her friends.)

Jalan’s character development here was amazing for almost the entirety of the book, because of his personality, there are a lot of rooms for his character development and Mark almost delivered perfection here. Jalan has to make a lot of tough choices, face a great war against the undead and decide the fate of the Broken Empire behind the scene, contrary to Jorg. I also love that despite the contrast personality between him and Jorg, they both actually have a lot of similarities in fate.

“Nothing paralyses a man so well as choice.”

Although Snorri doesn’t make an appearance as much as the first book, it didn’t bother me as much as the second book. Unlike the second book, Snorri’s disappearances in the story are done sparingly other than for a long period of time at once. Plus, the fact that his story did reach a proper conclusion here, with all the Norse mythology tidbits and Jalan was so interesting to read compared to how he was in the second book, made me accept his missing spotlight.

The flow of the prose this time, like 'Prince of Fools', was so pleasant to read. A combination of elegant and simplicity that I really want from Mark’s prose, unlike his usual writings.

“Your dreams are what will tear you apart. Every man is the victim of his own imagination: we all carry the seeds of our own destruction.”

Honestly, there was almost no glaring problem for me in this book, in fact, just from the first 85% of the book, it was without a doubt shaping to be a completely 5 stars read. I’ll let you know now, all the praises I gave doesn’t apply to the last 15% of the book.

The problems I had with the book all lies all in the last section, specifically almost everything that happened in Osheim. First, the climax section was really messy, all characters that were nowhere to be seen popped up suddenly, this made the last part almost like an impromptu cocktail party. Second, the whole shifting direction into a far fetched Sci-Fi that combined with the Post Apocalyptic Earth (I will never shut up about this) setting, just didn’t work at all for me. Finally, all the evolution and character development that were done towards Jalan, brought him back to how he was in the beginning of 'Prince of Fools', with the exception of some minor changes.

The Wheel of Osheim is a great read that if it wasn't for the disappointing conclusion, would’ve been included in my favorite shelves. With this, I have read all the currently available 7 books written by Mark Lawrence, 'Prince of Fools' is definitely the best one for me but I would like to recommend this trilogy for anyone looking for a unique MC and story to read. It was overall very enjoyable to read for me. The conclusion didn’t work for me, doesn’t mean that it won’t work for you and trust me if you do enjoy the climax sequences, I’m 90% sure this will certainly be a 5 star read for you.