It pained me to say this but The Liar’s Key is sadly, an unworthy sequel to Prince of Fools for me.

I am clearly in the minority here with my rating and opinion. I gave Prince of Fools a 4.5 out of 5 stars, it’s in my opinion, Mark’s best works up to date. The Liar’s Key is almost the exact opposite of it.

The plot of the book continued 6 months after the end of Prince of Fools and it revolves around Loki’s Key or in other name, The Liar’s Key, a key that’s capable of opening any doors and sought by only the most powerful people in the Broken Empire such as the Dead King and the Red Queen. 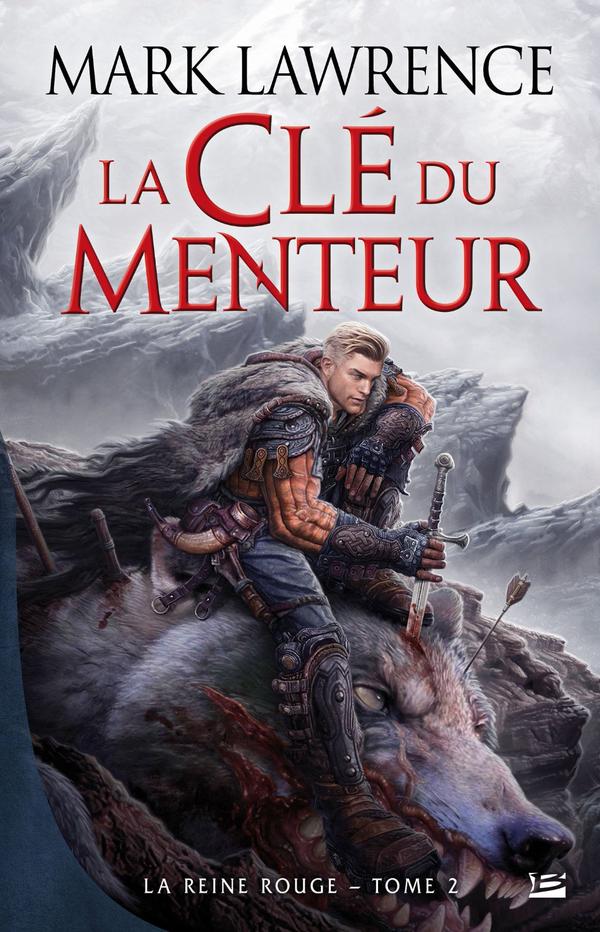 If I have to choose one thing specifically that didn’t work out for me it will have to be the direction of the plot. To say the least, it’s extremely boring and repetitive.

Here’s how it goes most of the time. The first half consists of Jalan and the gang seafaring and travelling (again), arrive at shore, Jalan get captured, break free, repeat until the end of first half. When the characters finally finished their travel, the plot actually didn’t get better but surprisingly, it became even more boring.

The main strength of Prince of Fools for me lies within Jalan and Snorri’s interaction and friendship. I love how contrast their friendship are and how Snorri’s ‘good’ behavior affected Jalan’s ‘bad’ attitudes, basically this duo is the number 1 factor on why I love Prince of Fools. Now, my qualm with the 2nd half of the book is, Jalan and Snorri weren’t together from the halfway mark until the last part of the book. The time Jalan spent alone without Snorri may be one of the most boring sections I ever read in any fantasy book, especially his time in Florence.

Vague world-building and the fact that the Broken Empire took place on Earth aside, the entire section in Florence surrounding Jalan’s talk about gambling, Poker, and banking made me feel like I was reading a contemporary novel, it’s not even a fantasy book anymore during this part for me. The pacing was also so dragging that I need to put the book down after each chapter almost every time. I actually had to push myself to finish this book because I kept on hoping to love this book more after what I get in the first book.

It’s not all bad of course, there are some great parts in The Liar’s Key, which made my feeling about this book even more conflicted.

The best part of this book is definitely Jalan’s and Alica Kendeth’s (The Red Queen) past. Although I don’t like the fact that they were again, being told in almost the same direction with Broken Empire, through dreams, both of their background revelations this time were written greatly. All the sections revolving around these two character background gave so much depth to their characters and compelling to read. It’s a marvelous addition to finally see how Jalan and the Red Queen behave as a kid, before both of them became the way they are now.

“Still, children hope in ways adults find hard to imagine. They carry their dreams before them, fragile, in both arms, waiting for the world to trip them.”

The new side characters that appeared here, Kara and Hennant turns out to be more interesting than I thought they would be. Finally, the last 10% of the book were fantastic. Not only it ended on a cliffhanger, the cliffhanger somehow ended up being both funny and compelling as well, there’s no way I can stop reading this series after that.

My experience reading this book can be said as equally divided. The amount of parts I love and dislike is almost the same. However, I can definitely say that it’s not a worthy sequel to the fantastic Prince of Fools. I’m starting to think that Mark Lawrence’s books just don’t work for me despite how much I wanted them too. Up until now, I’ve read 6 books written by him, only 2 of them managed to reach a 4 stars rating, the rest is sadly around 2-3.5 stars. I do however will read Wheel of Osheim, the last book in the trilogy first before I confirm my theory on the matter.