The Providence of Fire (Chronicle of the Unhewn Throne #2)

What a great improvement. Providence of Fire, the 2nd book in The Chronicle of the Unhewn Throne trilogy was one of Goodreads nominee for best fantasy in 2015 and it’s for a good reason. Almost everything in the book, starting from plot progression, character development, actions, climax scenes, pacing and world-building are better than the first book in the series.

Before I start my review, I must address one FATAL TYPO in the book that changes the background of the main characters. In chapter 4, there is a sentence that stated Valyn is younger than Kaden. Please don’t let this fool you, Brian Staveley himself mentioned on his twitter that this information is wrong. <b>Kaden is younger than Valyn by one year</b>, this is probably an honest editing mistake.

Taking off straight from where the story left in the first book, the story progression eventually turned into plots with twists and turns, war, conspiracy, manipulation and deception. Focusing on the horror of war and revenge as its theme, Brian Staveley did a really great job in creating a sense of paranoia in this installment. I can’t stress this highly enough, the direction of the plot and bad characters decisions really left me wondering which character to root for. Which one is truly on the right side and how far each of them (protagonists and villains included) will go for their own sense of ’justice’ that was created from their own past and upbringing. Brian is superb at doing this while at the same time he managed to capture the horror of war from all side equally.

Like the first book, the stories are still told from 3rd person perspective from the Emperor’s Blades, Kaden, Valyn, & Adare POV. Except this time we get one great side POV addition from Gwenna. These character developments will be a huge factor in deciding whether this book will work for you or not, I’m not kidding, other than Kaden, the main characters made a huge amount of bad decisions, especially Adare.

Out of all the MC’s POV, Kaden’s have the most development. I mentioned before in my review of The Emperor’s Blades that out of the trio, Kaden had the biggest potential for great character development and it’s safe to say Brian didn’t disappoint me on this. Not only we get to see how he utilized all his skills and teachings from the Shin monks to escape from his predicament, he’s also accompanied by intriguing side characters and plot heavy with revelations.

"I'm losing the game, which means I have three choices: cede, fight back..." ...Kaden smiled, "Or break the board.”

Meanwhile for Valyn, he just can’t seem to catch a break. Nothing seems to be working right for him, every decision he faced are crucial, hard to do and yes, he’s one of the main character who made a lot of bad decisions, for him and his Wings. The best way to describe Valyn’s POV would have to be the saying ‘out of the frying pan into the fire’ but guess what? His POV remains captivating and thrilling with all the great side characters accompanying him. Laith, Talal, Gwenna, Annick & Pyrre are still great as ever and the military aspect of the series can still be found within his POV, although the majority this time came from a new POV, Gwenna’s.

"It’s done, he growled at himself after a while. You fucked up somewhere. The question is what you do now.”

Gwenna’s POV, despite only appearing in a few chapter is my hands down my favorite POV of this entry. It's a really great addition as this time we finally get to see things played out from her perspective and this means her character improvement was huge. It’s intriguing to finally see her personality not only from Valyn’s POV and the horror of war were captured emotionally through her story.

Finally for Adare, again, she is the biggest problem of the book for me. *sigh*

The front cover to the Hungarian edition of The Providence of Fire featuring Adare hui’Malkeenian.

Unlike the first book, this time she finally got a lot of spotlight but even though the story that was told from her POV was intense, her character development is atrocious, there’s so much potential butchered. Don’t get me wrong, she does have one great moment but that’s it, it’s only once. I’m talking about this scene that’s featured on the front cover of the US edition. 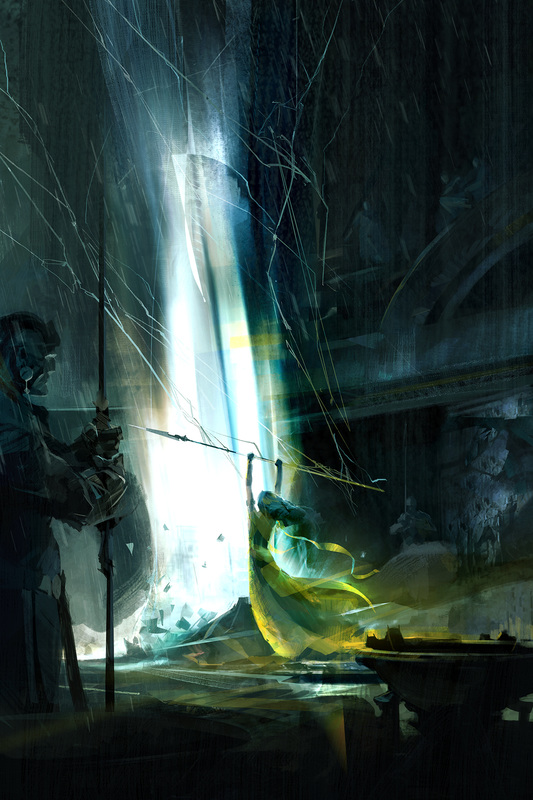 If you think Valyn was stupid in the series, prepare yourselves because we have a new champion. The direction that her character took is really frustrating to read. She’s highly self-righteous and everything she did in the book is creating bad decisions. When you think that’s the worst she can do, it’s like she knew your thoughts then said “hold my beer, I’m not done yet” and proceed to do something even worse. It’s normal for a character to make bad decisions, sometimes it’s required to add spice to the story but reading her POV reminds me too much of Liv from the Lightbringer series written by Brent Weeks which is an absolute pain to read. It’s like Brian purposely wrote Adare to frustrate most of his readers and believe me, he succeeded.

Unlike the first book where there aren’t a lot of actions to be found, this installment contained a huge amount of them, especially during the climax sequences. It’s more gory and there are a lot of body parts flying around but it needed to be said that although the pacing of the book most of the time is really fast paced and addictive to read, it started painfully slow and uninteresting for the first 1/3 of the book.

The best part of the book for me still lies within the world-building factor. Brian Staveley is really good at weaving its world-building into the plot. Connecting lore and myths into the current plot without any hindrance, we finally get to know the meaning behind name of the series, Chronicle of the Unhewn Throne. The huge amount of names problem that were present in the first book is more irrelevant now since I’m used to it already and if Brian Staveley showed any sign of decreasing his skills in writings, he didn’t show it. (trust me, he used this manner of speech a LOT in the entire series, might wanna get used to it.)

The Providence of Fire is a superb 2nd book of a trilogy, it clearly doesn’t suffer from the infamous 2nd book syndrome as it improved upon almost everything in the first book. The story also ended at the right place while leaving out a perfect amount of story to be resolved in the last book. Other than the problem I have with reading Adare’s POV and the uninteresting beginning of the book, I really have no complaint. Up to the second book, The Chronicle of the Unhewn Throne has been a terrific series which reminds me of The First Law trilogy written by Joe Abercrombie. It’s filled with gore, war, body parts flying everywhere, paranoia and if Brian Staveley’s writing exhibited any sign that this is his debut series, he didn’t show it.