The Way of Kings (The Stormlight Archive #1)

Incredible, impressive or fantastic, all these words are an understatement to the quality this book holds. The Way of Kings is the beginning of a masterpiece series in high fantasy. It is now my lifetime goal and a new addition in my bucket list to obtain and read the entire series of Stormlight Archive, which will probably took at least another 13-15 years from now to complete.

Before you started reading this book, let me do you a favor. Go outside your home, look at the sky, the stars, clouds, the moon or if you’re brave enough, the sun. Done? Good, raise your expectation of this series that high. My expectation for this book was probably higher than that and it still managed to blow me away. I’m pretty sure the title The Way of Kings is a hidden message by Sanderson for his reader, telling us that this is his first step in the way of becoming the king of epic fantasy genre.

Obviously I can’t tell you anything about the story but I’ll tell you this, Way of Kings is the beginning of tales that will remain inside your mind palace. It’s a heavily character driven book filled with tales of life & death, love & hate, bravery & cowardice, hope & despair, trust & betrayal, faith & atheism. Basically all elements required for a great story are here, told from multiple POV. 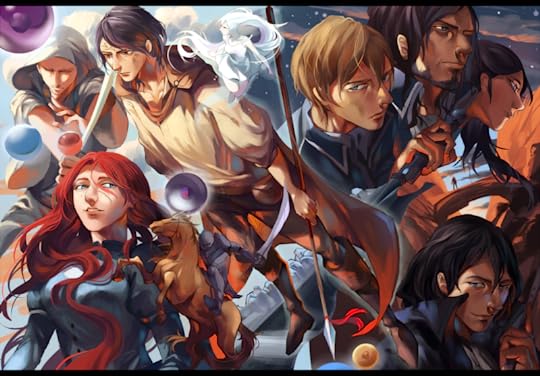 Even though there’s multiple great POV to be found here, each book in the series will focus more specifically on one main character. In Way of Kings we’ll see more into Kaladin's journey. 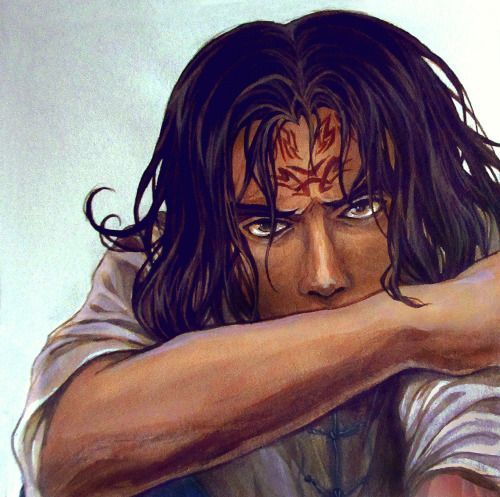 We’ll see all his thoughts, life from past to present, feelings and motivation behind his actions from this book. I’m not saying this lightly but Kaladin is now one of the best written characters out of all books I’ve ever read and definitely one of my favorite of all time out of all medium. Trust me I’ve seen plenty of fantastic fictional characters throughout my whole life. 22 years of gaming, hundreds of manga read, hundreds of anime watched and <b>Kaladin Stormblessed is definitely one of the best out there.</b>

Way of Kings can be considered a bookporn for lover of world building. Sanderson proved himself once again to be the master of creating worlds out of words. The world, Roshar, are fully written with intricate description of every single thing in the world, ranging from weather, the creatures, history, mythology, magic system, races, culture, even the fucking grass that it made this world truly believable. Combined with brilliant, simple and fluid writings plus several detailed maps and beautiful illustrations, the images formed in your head while reading every scene will be so vivid as if you’re really there in Roshar, joining on the adventure with each character.

The real actions only happened around three times in the book, prologue, somewhere in the middle and the climax. However I can assure you this, while in total there’s only a total of around 150 pages of actions, nothing can prepare you for the impact you’ll receive in the last 100 pages climax of this book. Intense battle sequences, gigantic swords, magic armors & unique magic system revival occurred in the climax. It’s deeply rewarding as everything in the book build up towards that moment. I’ll admit I legit almost cried during this section, the impact was too great even though I can see the moment coming.

Some may find this book to be really intimidating to start because of the size it has. However, I find that the only con I have for this book is that it’s not long enough. 1004 pages long, filled with 380k words (bigger than the Hunger Games trilogy combined) and by the end of the book I find that it’s still not enough for me.

I’m closing this review with the ancient oath:

“Life before death, strength before weakness, journey before destination.”

I hope my review can do justice to the quality this book holds. It’s really a blessing to have live and read this book, to have the strength to read and to join in this epic journey of a lifetime together with every reader of the series. If you’re really a fan of epic fantasy genre, you really can’t go wrong with starting this series. This is epic fantasy at its best. Sanderson had created an epic world and journey for us to dive into and all we have to do to experience it is really simple, read the book and let this story lives inside you.

“A story doesn't live until it is imagined in someone's mind.” –Hoid

More in this category: « Warbreaker (Warbreaker #1) Words of Radiance (The Stormlight Archive, #2) »