Okay, this is finally happening. I’m ranking The Stormlight Archive as my number 1 favorite book series of all time, overtaking the throne previously held by Mistborn trilogy and I don’t think this will ever change. The Gods of Cosmere know how much I love the original Mistborn trilogy but Brandon Sanderson really raised the bar for epic fantasy genre sky high with this series.

Words of Radiance, being only the 2nd book in the Stormlight Archive series and serves as the sequel to Way of Kings, managed to build upon almost everything done by its predecessor and improve every element necessary to be a masterpiece. I’m certain the title of this book almost literally reflect its content, each words are structured to give radiance into your life simply from reading them.

The story, still told from multiple POV and while still remaining mostly character driven, is much more plot centered this time. Ever since the countdown mentioned in the beginning of the book, you’ll know there will be a lot of twists and turns coming. The plot glued me to the book from cover to cover, it was so addictive to read and I can’t wait to know more and see what happened with each pages turned

As I mentioned before, each book will shift its focus more on different specific main characters, this time the share goes to Shallan. 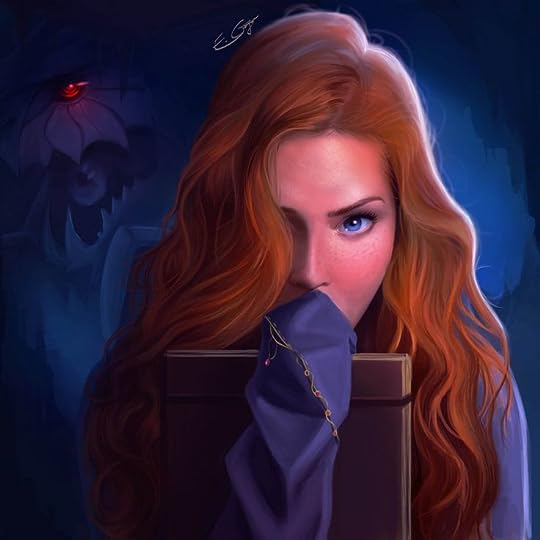 Sanderson again managed to make me love a character which I was so-so with in their first book appearance. The first time this happened was to Steris from Mistborn spinoffs and now the same exact thing happened here with Shallan. Her character development here is stunning to say the least. She’s funny, lovable, intelligent and it’s really intriguing to see her relationship development with Kaladin, Adolin, Jasnah and Pattern. Her past are explored completely and the revelations in relating them to her current "smile" is very heartwarming.

Even though there’s a huge amount of development and focus for Shallan, imo the best story line still comes from Kaladin’s POV, the main hero from Way of Kings and from my perspective, the true main protagonist of this series. After seeing his background and development fleshed out in the first book, it’s really interesting to see how he’ll develop more into a greater character by the end of this one and Stormfather he did. Not only the most intense and interesting plotlines come from his POV, every single epic and badass moments literally involved his actions and existence.

“Honor is dead but I’ll see what I can do” 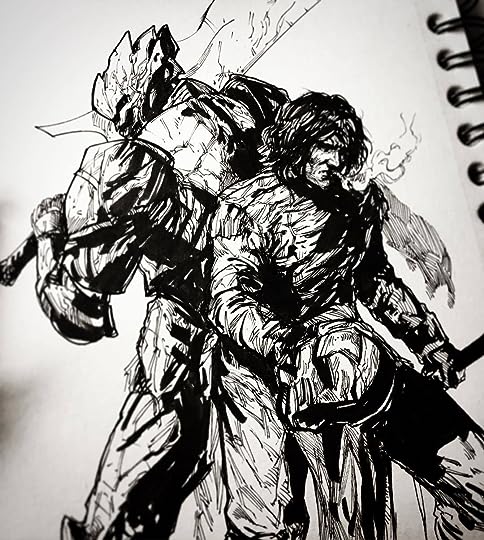 The world-building level improve again as there’s more creatures, mythology, lore, and magic system explored in this book. The scale of the world remains grand as ever and by now I think I know more about Alethkar, the Shattered Plains, more than I know my real country and its history. (I wish this is an exaggeration but it's not.)

The magic systems this time are explored in much more detail compared to the previous book, especially in regards to the class Windunner and Lightweaver. I won’t give too many details on the magic system itself, the book could do that for you. To simplify it, Windrunner deal with manipulating gravitational pulls and Lightweaver focus on creating illusions. A great example of the Windrunner ability could be seen from a PS4 video game called “Gravity Rush”. Look it up if you want to strengthen your imagination or if you think the the magic system will confuse you somehow but here's an image preview of what I'm talking about. 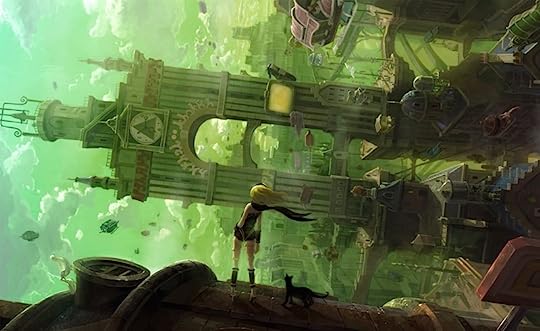 Knowing the premise of the magic systems and simply from looking at the front cover of the book, you can almost predict there will be epic action sequences. There are much more actions this time and nothing can even compare to the climax of this book. It’s honestly the craziest and most epic climax sequences I’ve ever read, even more than The Hero of Ages from Mistborn trilogy or Way of Kings. There are so many things happening in the last 150 pages of the book that I’m surprised I could still write a review for this. Remember my praise for the climax to Way of Kings? Well, this one is superior by far, prepare yourself to be mind-blown completely. Here is the front cover of the Polish version of Words of Radiance to convince you more.

Like in the previous book, the only con I have on this book is again, it’s not long enough and the sequel to this book is not out yet. 1090 pages long and filled with whooping 400k words inside and yet when I flipped the last page and closed the book, I still crave for more and the realization dawned on me that the sequel is not here yet.

Binge reading this series inflicted me with a symptom which I called “The Stormlight Archives Hangover”. Basically it means I can’t start another epic fantasy books other than this series for a while without the implication of giving them a horrible rating. My heart and soul still remained in Roshar, with the characters I cared about deeply because of Sanderson's writing which always made every detail so vivid and immersive.

Words of Radiance is the perfect example of a kind of experience I’m looking for in a book. It’s the reason why I read and why epic fantasy will always be my favorite genre.The epic fantasy genre has The Lord of the Rings in the past, A Song of Ice & Fire in the present and for the future, this genre has The Stormlight Archive series to look forward to. By the conclusion of this series, I’m sure it will surpass both those series mentioned, it already did for me. The Stormlight Archive series is the mark of epic fantasy at its best, there's absolutely no reason you should skip this series if you're a fan of epic/high fantasy genre, I really hope we could go through this series together, telling stories and living these tales with our future generations.

Side note:  I’m really glad I read Warbreaker first before reading this as two specific characters from there made an appearance here!

More in this category: « The Way of Kings (The Stormlight Archive #1) The Golem and the Jinni »