It had never crossed my mind that I would read a greater story than that of Kvothe the Arcane. I had never thought it was possible to find a greater character than the Emperor Jorg Ancrath. I had never even slightly considered that there might be a fantasy world out there toppling that of Τhe Final Empire, and most definitely, I had never thought that I could love a book more than The Night Angel. But here we are.

Nona, a young girl of eight, orphaned by her father and abandoned by her mother, is waiting her turn on the gallows. She committed a terrible crime; that of saving a girl that was not meant to be saved. But Nona isn't a simple girl. She has Hunska blood in her veins; a residue from a civilization long lost, blessing her with unique abilities. So, she is given a choice. Either pay for her crimes, or join the Convent of Sweet Mercy; a military monastery with the reputation of raising little girls to fearsome warriors. But even though Nona is determined to leave behind her violent past, her powerful enemies are not...

"There is, in the act of destruction, a beauty which we try to deny, and a joy which we cannot. Children build to knock down, and though we may grow around it, that need runs in us, deeper than our blood. Violence is the language of destruction, flesh so often the subject, fragile, easy to break beyond repair, precious: what else would we burn to make the world take note? Your death has not been waiting for your arrival at the appointed hour: it has, for all the years of your life, been racing towards you with the fierce velocity of time’s arrow. It cannot be evaded, it cannot be bargained with, deflected or placated. All that is given to you is the choice: meet it with open eyes and peace in your heart, go gentle to your reward. Or burn bright, take up arms, and fight the bitch."

Mark's work is one of beauty and ingenuity. His great mastery of words alongside the excellent use of allegories and aphorisms result in a purposeful and interesting prose with no equal. A significant number of archetypes are reversed, twisted and contorted with the unique skills of a master craftsman, taken beyond functionality and turned into art. Worth mentioning is the exceptional handling of anaphoras in the two prologues and the epilogue.

The world-building is delicate and refined. Although most of the story takes place inside the convent, the world is explored through flashbacks and tales. The magic is complex and multi-leveled; you can say it's a mix of DragonBall and Mortal Kombat*. Finally, the characters are well-composed and far more compelling than the ones from the Broken Empire. I found myself caring for the fate of more than four nuns.

Being lucky enough to get my hands on this early ARC, i'm not sure if I have to declare this book the greatest work of fantasy fiction for 2016 or 2017. Well... why not both?

This is a temporary cover made by me, before the actual cover was revealed: 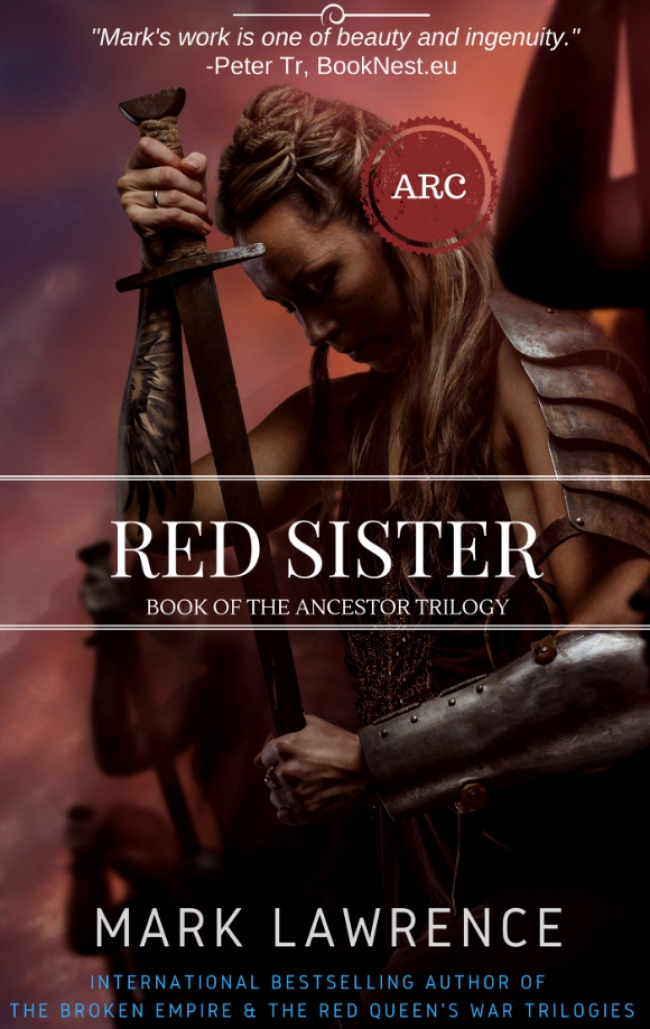 More in this category: « Hope and Red (Empire of Storms Trilogy #1) The Dragon's Blade: The Reborn King »