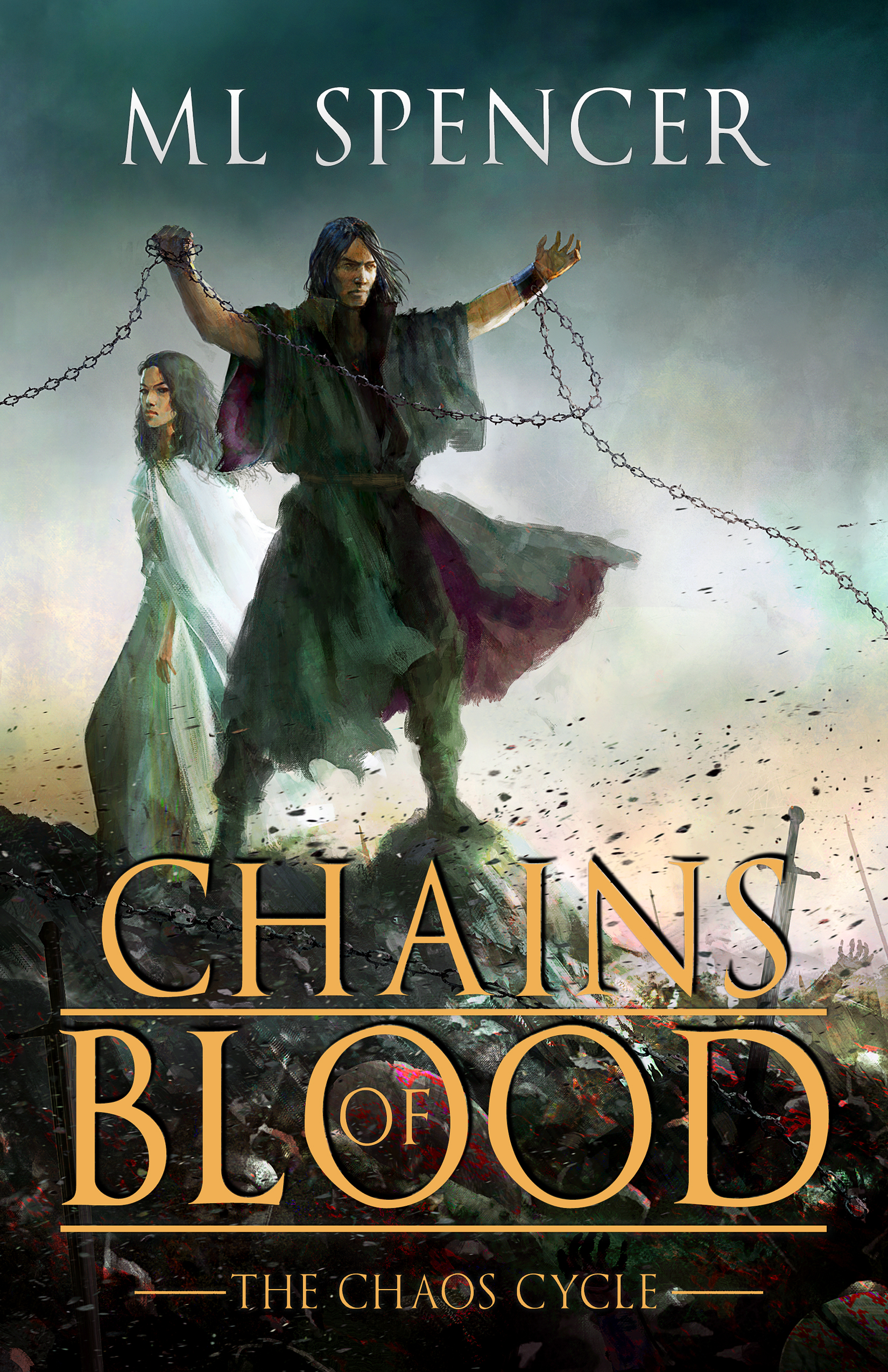 I've always been fond of fantasy that picks up years, decades, or even centuries after the events of a previous book's story. It's why I'm fond of the old Star Wars Legends universe and the current sequel trilogy (even if both had flaws). My favorite "popcorn fantasy" in the Dragonlance novels did an excellent series based around the Heroes of the Lance and their successors up until the events of Dragons of a Summer Flame. Indeed, my love of "what happens next" inspired me to write Wraith Knight and Lucifer's Star (books that are sequels to universes similar to the ones I grew up reading about).

Fantastic news, folks! We've got an interview with M.L. Spencer about her awesome finale to the RHENWARS SAGA. I've reviewed every book in the series and loved them all.

So tell us about the RHENWARS SAGA. What's it about?

The Rhenwars Saga is about an overpowered mage--the last of his kind--who is tasked with the job of defending a Western-type society called the Rhen from an invasion of an “Enemy” horde from the Northern “Black Lands”, an intentionally Mordor-esque region on the map. The mage, Darien Lauchlin, commits terrible atrocities in order to defend his homeland. But then, in a turn of events, he is taken to the Black Lands, where he discovers the Enemy are a people living in perpetual darkness, who will die without a means of escape. Darien switches sides and soon begins using his appalling power to help the Black Landers invade the Western nations he had formally sworn to protect, committing more atrocities in the process.

What is the set up in DARKFALL?

By the time we get to Darkfall, we have seen Darien’s character go through a tremendous transformation from hero to a haunted man driven by desperation. He has now become a demon, tasked with fighting for the other side against his former allies. This has caused him tremendous mental anguish. However, Darien has now resolved this inner struggle, and he is committed 100% to his new cause.

Can you tell us about Darien and Kyel?

Kyel Archer was Darien’s acolyte, who has become the mage Darien had always wanted to be. Of the two, he is the more traditional hero-type character. He sees both sides of the war as equally human and deserving of protection, while Darien swings from 100% support of one side to 100% support of the other. In Darkfall, Kyel stands against Darien and resists him as much as he is able, while keeping his oaths, morals, and integrity intact—which is no easy thing to do.

Who are the villains in the book?

There really are no true villains in the Rhenwars Saga, at least none that exist in that state permanently. Villains become allies and protagonists become antagonists fluidly throughout the course of the series. The main “villain” in Darkfall is Zavier Renquist, an ancient mage whose goal is the protection of magic. He wants to go about doing this by releasing the equivalent of Iblis (think of Satan-but-not-really) from the Netherworld. To most people, this solution sounds worse than the problem. But not to Renquist, who sees magic as worth any price.

How did you subvert traditional fantasy expectations?

The first book in the series is written to resemble a very typical Lord of the Rings setup, where you have the beautiful Western civilization filled with white people who are resisting an invading horde of evil creatures from some dark area on a map (these creatures being evil because, well, evil.) You have all the typical fantasy tropes: a dashing, powerful hero with a broken heart. His noble fellow-adventurer who trails after him like a faithful puppy-dog. And the beautiful love interest who remains steadfastly by his side through it all. This should end as expected, right? Boy falls for girl and they share a never-ending true love. Our hero repulses the invading horde with the help of his faithful Samwise-type friend. Good triumphs and Evil is vanquished. And they all live happily ever after in the Great White West.

Nope. Not in this world.

It turns out the invading horde are very human, with a very real and dire problem. They are not white, but brown. They are not invaders, but refugees. Not evil, just desperate. Our Western society is not as good and pure as we thought, but rather barbaric and sanctimonious. Our hero is a damaged man capable of atrocity. Romances devolve into betrayal and heartbreak. Friends and allies become enemies, oaths and loyalties are shattered, and there is no Happily Ever After for anyone. The Rhenwars Saga de-fantasizes the fantastic and brings it crashing into reality.

Can you describe the Westerners and the Darklanders?

The people of the Rhen are the typical people we are used to meeting when we open a fantasy novel. The Rhen resembles Western Europe, filled with kingdoms, towns, temples, and all the usual trappings.

The people of Malikar (The Black Lands) are based on a Middle Eastern society, both Bedouin in the outlying areas and the Ottoman Sultanate in the northern region. They have a strict code of honor, a rich culture that has adapted to the lightless conditions they have been forced to suffer, and are highly disciplined.

What were you going for in your epic? Themes and ideas behind it?

The Rhenwars Saga is an allegory for the modern-day relationship between the West and the Middle East. Rhenwars was conceived after 9/11, when I was still trying to wrap my mind around why anyone would want to fly an aircraft into a building (or three). So I started trying to understand the conflict between the West and the Middle East from both sides of the War on Terrorism. After learning a bit about the area’s history with the West, cultural climate, religious perspectives, etc., I was able to get a better understanding of both sides of the picture, and how each side believes they are morally justified in employing sometimes atrocious tactics in order to advance their political agendas. It’s really a very fascinating topic, how two sides can view themselves as justified and morally righteous, while labelling the other side as malevolent and morally bankrupt. It all comes down to a perspective shift.

How has response been to the books?

Mixed. I get a lot of reviews on Book One complaining that it is very generic. Unfortunately, some people don’t go on to Book 2, where you find out the “point” of the entire series. With the launch of my Box Set, more people are reading through, and the response has been overwhelmingly enthusiastic. I’m getting a lot of fantastic feedback from readers who say they love the direction the Saga goes in, and that it is wonderfully different from any fantasy series they’ve ever read before. There seems to be a great deal of excitement over it.

Any advice for self-publishers?

Advertise your book. And do so in ways that get you the best return for your advertising dollar. Above all, don’t try to sell your book to other authors. Sell it to readers.

Is it true there's a collection available and on sale?

Yes! The entire Rhenwars Saga is available as a box set for only $0.99 right now, which is a steal!

What's next for you?

Right now, I am committed to helping a fellow author who passed away finish his series, so I will be helping to ghostwrite that over the next several months. After that… Well, that’s where it gets complicated. I had a new series in a different world planned, world-built, and ready to go. But then I started getting a lot of feedback from my readers that they really wanted another Rhenwars series. So I am now writing a spinoff series that takes place roughly 20 years after the Rhenwars Saga.

Can you recommend any other authors and their work?

Pick up your copy of the series here: https://www.amazon.com/gp/product/B07KLXCH5X/