“The fear receded. It didn't disappear. It lurked in the shadows, its claws hooking into passing thoughts and twisting them, turning them from their purpose to its own. He held it back. It was the hardest fight of his life.”

When I spoke with Petros about an article, I told him I am awful, beyond awful in fact, at talking about myself (and here I am doing it). It scares me. His tip; talk about something else then and maybe some of you will come through. Can’t argue with that.

I’m not going to talk about horror and instilling fear in the reader.

I’m not talking about the fear of watching a Presidential press conference (yes, I am writing this the day after THAT conference), or the fear of opening up the BBC app on my phone to see what disaster has fallen upon the free world (reminds me of that clip from The Newsroom that always does the Facebook rounds once a month or so).

And not that kind of fear either.

What I am going to talk about is fear as a motivator for characters. The one they must face in order to reach the resolution of the story. At least, I am going to try to.

Bravery is just overcoming fear; nothing more or less.

I’d argue that many of our most revered characters operate out of sense of fear a lot of the time. Fear for their future, for their loved ones, their country, their position, themselves (in a selfish and non-selfish way). I might be tempted to argue that this emotion overrides all of the others, if I wasn’t scared of losing.

Maybe the best way, in my own rambling manner, is to take some examples and not give too many spoilers along the way. 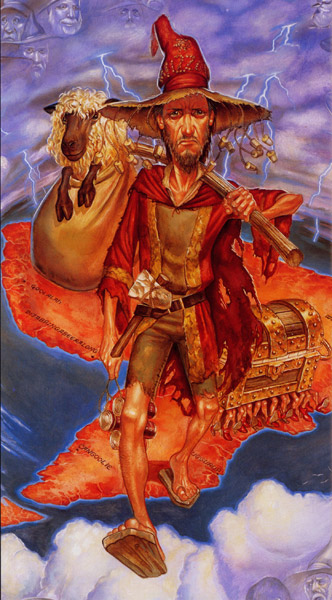 A character, born from the mind of Terry Pratchett, who spends much of each book he appears in running away. It is his core characteristic, in much the same way as Lawrence’s Jalan begins life as a coward. The two characters are similar in that one regard, but then differ substantially (at least as far as I’ve read Mark’s books… must find some time for the others!).

In Rincewind’s head is a spell. A spell that everyone else wants and that Rincewind neither cast nor remember. And as everyone wants it, they all chase him, and he runs. His fear for himself motivates his actions, causes him to do things that preserve his life. Yet, by the end, even though he is full of fear and worry, he is the hero. Through his fear, or because of it, the story is wrapped up and Rincewind succeeds (even though he didn’t want to even be there).

I am loath to criticise anything by Sir Terry Pratchett, but Rincewind’s fear is somewhat one dimensional. A device to propel the story along; no more or less. 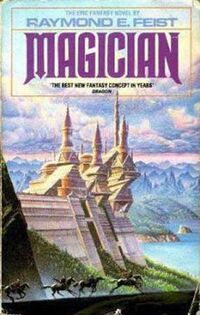 A small boy, stuck on a beach in a storm. Racing to get home. Heart pumping. Skin chilled. Core temperature dropping. Rain pouring down. Hypothermia. Confused. Lost. The fear is there from the very start.

The nascent Magician, of the book’s title, is close to death when he is rescued. And even as he taught to realise his power, he can cast no spells until placed under extreme stress, fear in other words. It is only when he is scared for his own life, and those of others he cares for, that his power comes forth.

Even later on, when his power has grown, (trying not to spoiler), he acts out of fear. This time the fear is not for his well-being, but for the realm, the world upon which he lives. He sees the danger coming and moves to head it off. You might argue it is out of a sense of duty, but I think that misses the underlying motivation - that he is worried about the future.

Another; Zhou (have to get one of mine in somewhere) (Matthews)

I’d argue that this character’s whole existence up unto a point, is based upon fear. Fear he has not reached the heights of society his wife and family desire. Fear he is looked down upon, even by his students, by his workers. Fear that those above are making the wrong the decisions. His first act of real bravery, is to defy his fallen position and take action to reveal a truth, even though it might mean the end of everything he cares (or worries about) for.

The fear gives way to revenge, but that again, to me, is based upon the initial fear. They have been realised, come true.

Another; Corin Hayes (another of mine, sorry, but Petros was right) (Matthews)

The drunk that hides from life at the bottom of a bottle. All the fear’s we have as parents have come to pass and he is lost amongst them. Reliving and replaying the moments again and again, drowning them in alcohol as a coping mechanism. Sleep and dreams are the enemy, and also the blessed relief (almost Hamlet-esque … I wish).

Everything that happens after is driven by a fear; for his survival, for his slowly recovering reputation , fear for his possible future. 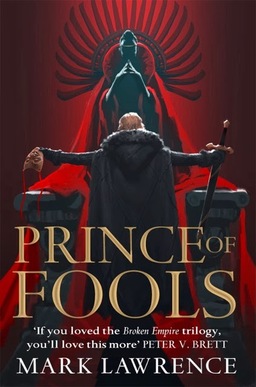 Jalan’s a coward. Something he admits to himself. A selfish man, out for himself and no one else. A hedonist. Every action is guided by these character principles, with fear being the largest motivator.

And yet, he acts, eventually, to overcome this fear and do what needs to be done (at least, in the Prince of Fools he does.) 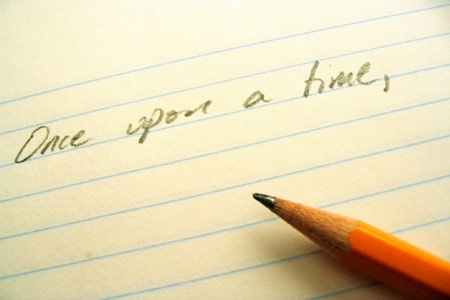 And what about whole books where fear is one of the stronger motivators for the action, plot, story? I’d say all of them. Let’s take the seven stories;

Oh no, there’s a big monster, villain, army coming and we are all scared. How do we stop it? By overcoming that fear (which is really what the monster is) and battling it to the last man, woman, elf, orc.

Oh no, I am poor. I have nothing. I am at the mercy of everyone. How do I survive? I’m scared. By overcoming my position in society (my fear) and getting rich. And then, in Grimdark, treat everyone like the shit they treated me - perpetuating that fear – grinding them down in the dust, the dirt, the despair!

Oh no, I need the mystical ring of Reftrukio. Why? Because it is the only thing that will defeat the big monster (fear) that is threatening my family, town, country! And what if I fail? What if all my efforts are for nought and the country, town, my family is destroyed (fear)?

Oh no, I must go away. Why? Because I’ve done something wrong and now I am afraid (fear) to show my face on pain of death (fear) or shame (fear). I can come back when I have overcome something (fear) or am needed to save someone/something (still overcoming the fear).

Whoops, where’s me trousers? Nope, sorry, that’s a farce. But comedy works by playing on our fears; of social embarrassment or just the realisation that our own fears and hang-ups are the same as everyone else’s. Pratchett was a master at this. Taking our fears and exposing them for what they are.

Oh no, I am worried that it is all going to go wrong, everyone is going to die, the world is coming to an end. And it does. Fear all the way through.

Oh no, I am ashamed (social fear) of what I am, have become. I must change (overcome the fear) and be a better, more evil, person/hero/villain.

I know that most novels combine these seven themes into one coherent all (you’d hope), but there is fear at the heart of them all.

You may not agree with me. I knew that was a risk, a fear, when I started writing. I overcame it and put fingertip to keyboard.

Now, will I send it off to Petros? Another fear overcome! 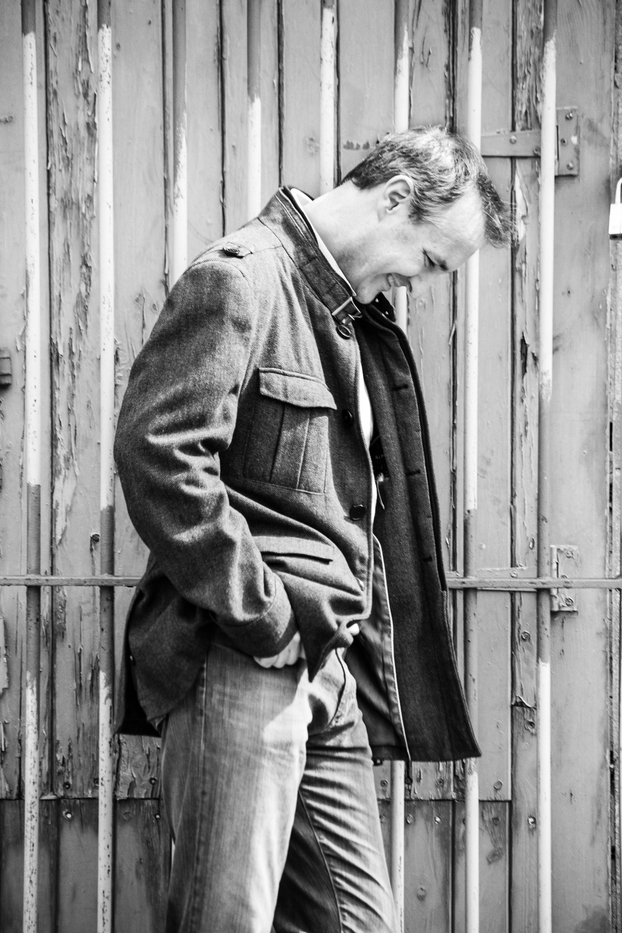 Geoff Matthews began reading in the cot. His mother, at her wits end with the constant noise and unceasing activity, would plop him down on the soft mattress with an encyclopaedia full of pictures then quietly slip from the room. His father, ever the pragmatist, declared, that they should, “throw the noisy bugger out of the window.” Happily this event never came to pass (or if it did Geoff bounced well). Growing up, he spent Sunday afternoons on the sofa watching westerns and Bond movies with the self-same parent who had once wished to defenestrate him. When not watching the six-gun heroes or spies being out-acted by their own eyebrows he devoured books like a hungry wolf in the dead of winter. Beginning with Patrick Moore and Arthur C Clarke he soon moved on to Isaac Asimov. However, one wet afternoon in a book shop in his home town, not far from the standing stones of Avebury, he came across a book by David Eddings – and soon Sci-Fi gave way to Fantasy. Many years later, Geoff finally realised a dream and published his own fantasy novel, The Stone Road, in the hopes that other hungry wolves out there would find a hearty meal. You can follow him on twitter @G_R_Matthews or visit his website at GRMatthews.com