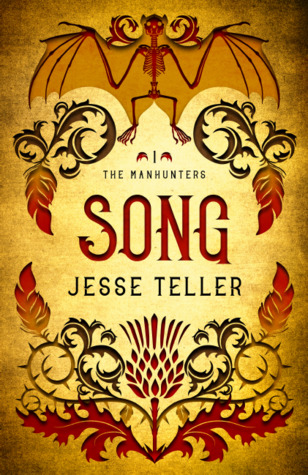 This is a dark fantasy trilogy that works as a great introduction to my world and to future books that will be written in it. It’s an exciting tale that is part adventure, part romance, and part crime story. I’ve loaded this series with twists, turns, and pitfalls, and other unexpected things, that will keep you guessing and laughing, at times crying, but always enjoying the journey The Manhunters take for justice in the land of Perilisc.

I’m here to reveal the cover of CROWN, the third and final book of this trilogy. Here’s a recap of the series so far. 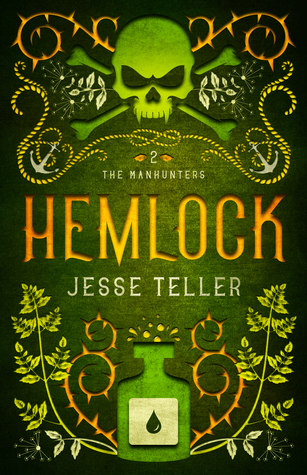 SONG (The Manhunters Book One)

Some of the darkest minds in Perilisc attacked Mending Keep, releasing all its prisoners. Despite his strained relationship with the crown, Rayph Ivoryfist calls old friends to his aid in a subversive attempt to protect King Nardoc and thwart terrorist plots to ruin the Festival of Blossoms. But someone else is targeting Rayph, and even his fellow Manhunters might not be enough to save him. [BOOKNEST.EU REVIEW]

The busiest pirate bay in Perilisc is newly infested with vampires. These monsters will soon overrun the world, but the Manhunters must try to stop them in secret. Agents of the king are hunting Rayph’s vigilante crew. With one false step, they could all end up at a royal execution.

And without further delay, the cover for book three, set to release October 5th this year.

Brody Bedlam, immortal source of chaos, has taken over the crime network of the oldest city in the nation, holding the mayor in his pocket and the citizens in fear. Rayph and his Manhunters move to usurp him, but the street war brings casualties Rayph cannot justify. With his crew unraveling and pressure mounting from the unsatisfied king, will this mission be Rayph’s end?

The stunning covers were created by Seedlings Design Studio. What a fantastic job! This is a breathtaking trilogy, and you won’t have to wait long for its completion. This is a world you don’t want to miss.

Praise for The Manhunters:

“Teller’s world is stunning in its complexity.”  —M. L. Spencer, Bestselling Author of The Rhenwars Saga

“Action, adventure, conflict upon conflict and larger-than-life beings make this another fabulous read that is pure reading bliss for everyone!” —Dii Bylo, Tome Tender Book Blog

“A very surreal and mythical feel to it that’s something unique to itself.” —The Weatherwax Report

“Teller truly understands how human relationships work, and I was impressed with how well-written these many relationships were developed.”  —Forever Lost in Literature

“I think this is one of those book series that will just get better with multiple readings.” —Uncaged Book Reviews

“Jesse Teller has created a convincing world and populated it with characters that are endearing and relatable.” —Readers’ Favorite